“I find it hilarious that people always complain about movies being the same, and then when something different comes along — a film that deals the cards in a different way — they say why isn’t it more conventional?” — Che director Steven Soderbergh reacting to my question about how some critics complained after last night’s screening that Che didn’t have enough in the way of movie moments (backstory, emotional buttons, intimate revealings, etc.) 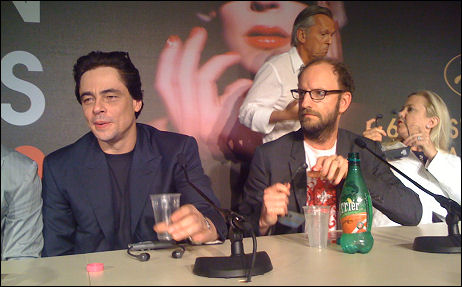 “There’s the painter who did a portrait of a woman, and when she saw it she said, ‘It doesn’t look like me.’ And the painter replied, ‘Oh, it will.'” — Benicio del Toro responding more or less to the same.