Roman Polanski was arrested yesterday by Swiss police for possible extradition to the United States for that largely discredited, over-and-done-with 1977 charge over his having had sex with a 13 year-old minor and then, after serving six weeks in jail, having jumped bail on 2.1.78 after learning of a prosecutorial betrayal that would have put him back in the slammer for God-knows-how-long. 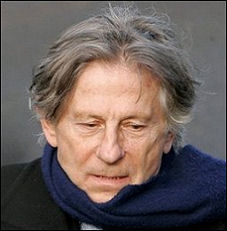 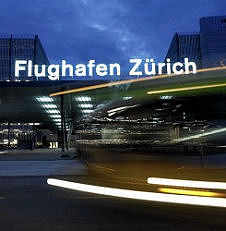 The victim forgave Polanski long ago, and Marina Zenovich‘s doc about the case, Roman Polanski: Wanted and Desired, explained how prosecutorial corruption and misconduct by Judge Laurence J. Rittenbad stank to high heaven. And now the case stinks even worse. What the Swiss authorities did was bizarre and pathetic.

Polanski, 76, was detained after arriving at Zurich airport yesterday to receive an honorary award at the Zurich Film Festival. A Swiss Justice Ministry said that U.S. authorities have sought Polanski’s arrest since 2005. “There was a valid arrest request and we knew when he was coming,” ministry spokesman Guido Balmer told The Associated Press. “That’s why he was taken into custody.”

Balmer said the U.S. would now be given time to make a formal extradition request. The Swiss statement said Polanski was officially in “provisional detention for extradition,” but added that he would not be transferred to U.S. authorities until all proceedings are completed. Polanski can contest his detention and any extradition decision in the Swiss courts, he said.

Polanski flew the coop after being informed than an arranged deal with the late Judge Laurence J. Rittenband that would have given Polanski a non-incarcerational “time served” jail sentence (he was imprisoned for 42 days of observation in the wake of the arrest) was being reneged on. The Oscar-winning director has lived in France for the last 31 years.

In France, Culture Minister Frederic Mitterrand said he was “dumbfounded” by Polanski’s arrest, adding that he “strongly regrets that a new ordeal is being inflicted on someone who has already experienced so many of them.”

Polanski’s victim, Samantha Geimer, now a 45 year-old mother of three children, has repeatedly forgiven Polanski and said that the U.S. judicial system should just let it go. “I have survived, indeed prevailed, against whatever harm Mr. Polanski may have caused me as a child,” she’s reportedly said, adding she now believes Polanski fled “because the judicial system did not work.”

In a 2003 interview, Geimer said “Straight up, what he did to me was wrong. But I wish he would return to America so the whole ordeal can be put to rest for both of us.” Furthermore, “I’m sure if he could go back, he wouldn’t do it again. He made a terrible mistake but he’s paid for it“.

In 2008, Geimer stated that she wishes Polanski would be forgiven, “I think he’s sorry, I think he knows it was wrong. I don’t think he’s a danger to society. I don’t think he needs to be locked up forever and no one has ever come out ever — besides me — and accused him of anything. It was 30 years ago now. It’s an unpleasant memory [but] I can live with it.”