Last night the legendary Forest Whitaker was presented with the Santa Barbara International Film Festival’s 8th annual Kirk Douglas Award for Excellence. The idea was to raise money and to push Whitaker’s Butler performance as Best Actor-worthy. An Oscar nomination seems like a safe bet, no? The event was posh, man. Tuxedos and gowns and waiters and black-suited goons with their arms folded behind them. It happened at Goleta’s Bacara Resort, which has never been easy to find without GPS. I was there along with Awards Daily‘s Sasha Stone and In Contention‘s Kris Tapley (accompanied by his wife April). 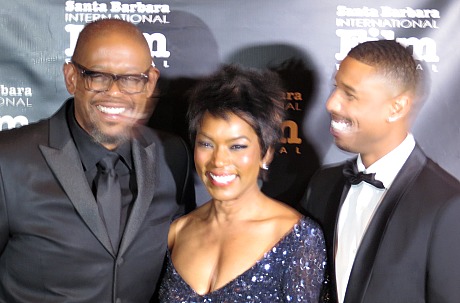 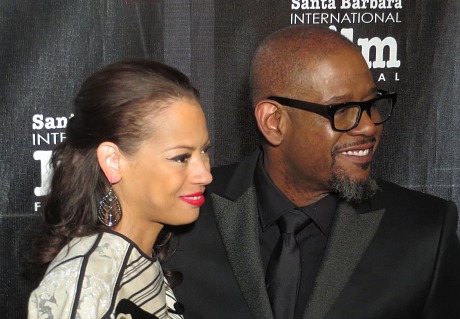 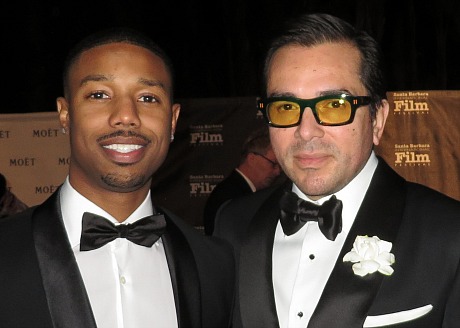 I’ve spoken to Whitaker three or four times over the years. He’s always struck me as a smooth Zen Cheshire cat. Gentle, contemplative — his spiritual aura is somewhere between hundreds and thousands of years old. This vibe seemed to define the room last night. Everyone was in a settled, accepting, alpha mood.

But I have to say something, and it’s not a big deal. I couldn’t understand 70% to 80% of what Whitaker said when he took to the podium to express thanks.

Honestly? I’ve had trouble understanding him in movies of the past (although not in The Butler — it was a struggle to understand some of his lines but mostly I was fine). Whitaker’s natural speaking style is more about mood melody than consonants. He’s a jazzman. I heard the saxophone tones last night, but not the percussion or the cymbals. (Partly the fault of the sound system?) Whitaker obviously has his gift, but he doesn’t enunciate in the RADA tradition of, say, John Gielgud or Christopher Lee.

The usual clip reel was shown: The Last King of Scotland (Whitaker’s performance as General Idi Amin won a Best Actor Oscar), The Crying Game, Bird (I understood maybe half he said in that entire film), Platoon, Good Morning, Vietnam, Fast Times at Ridgemont High (I’d completely forgotten that he was in that film), Panic Room and — honestly? — a couple of seemingly low-rent films I hadn’t heard of.

Here’s a Whitaker quote I didn’t hear but which Kris Tapley did — I’ve copied it from his report: “Santa Barbara has been a place I have contemplated my dreams and tried to find a way to make them real. That’s what cinema does for all of us. It allows us to remember our shared past and inspires us to act on all that’s possible for our shared future.”

Whitaker attended with his wife, actress Keisha Nash. Fruitvale Station star Michael B. Jordan was there to support Whitaker; ditto Angela Basset (with whom Whitaker costarred in Black Nativity).

I spoke briefly to Jordan about Creed, a boxing movie in which he’ll play the grandson of Apollo Creed. Ryan Coogler will direct and Sylvester Stallone will costar. Jordan is committing to a serious Will Smith-in-Ali buildup regimen. 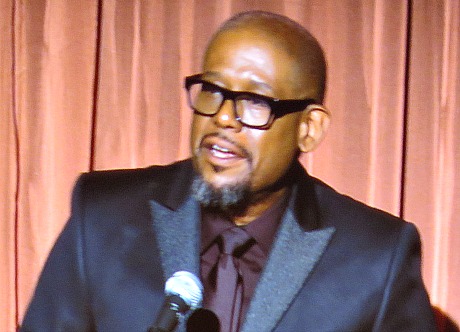