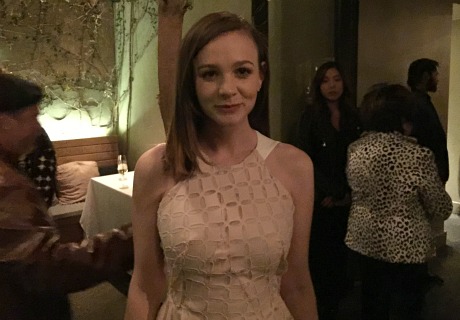 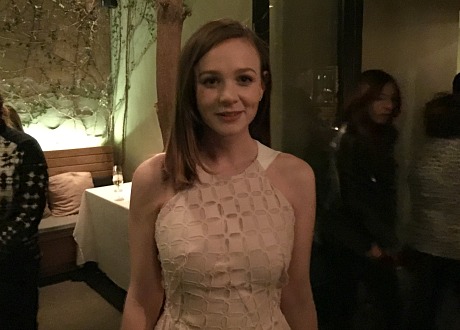 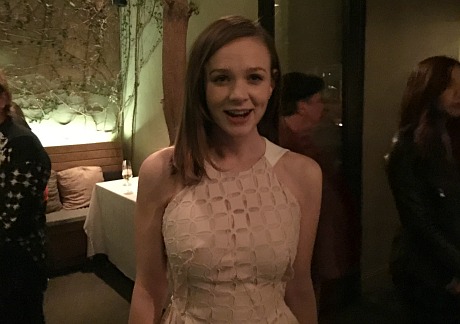 “Looking appropriately hangdog for the most part, Mulligan handles every line and scene in Suffragette like a master violinist. That rock-steady gaze of hers…those shrewd, evaluating eyes…that building undercurrent. She’s always been my idea of a great beauty, but when she chooses to go there she has one of the saddest faces in movies right now. The strain, stress and suppressed rage of Maud’s life are legible in every look, line and gesture. Mulligan is fairly young (she just turned 30 last May) but she’s a natural old-soul type who conveys not just what Maud (a fictitious everywoman) is dealing with but the trials of 100,000 women before her, and without anything that looks like overt ‘acting.’

“All actors sell it, of course, but the gifted ones make the wheel-turns and gear-shifts seem all but invisible.”