In yesterday’s N.Y. Times Pew Research Center president Andrew Kohut wrote that a “possible explanation” for the perplexing difference between the Barack Obama poll numbers just before the New Hampshire primary (way ahead of Hillary Clinton by at least 7 or 8 points) and his actual vote tally (which resulted in a loss to Clinton by three points) “cannot be ignored.” 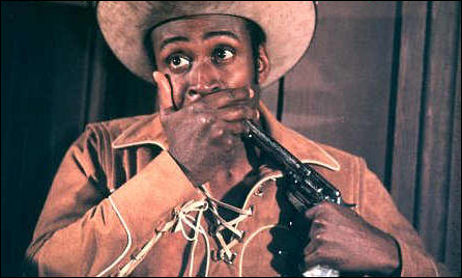 He was referring to “the longstanding pattern of pre-election polls overstating support for black candidates among white voters, particularly white voters who are poor. Poorer, less well-educated white people refuse surveys more often than affluent, better-educated whites. Polls generally adjust their samples for this tendency. But here’s the problem: these whites who do not respond to surveys tend to have more unfavorable views of blacks than respondents who do the interviews.”
Kohut has to state his case carefully, this being the N.Y. Times and all, but he’s obviously doing a very careful dance.
Let’s try some plain language. If Will Rogers was still around and was trying to say the same thing, it might come out like this: “The common folk aren’t stupid. They know how things work, so when some fella calls ’em on the phone and asks how they’re votin’, they’re gonna play it like anybody else. But it’s a different story when it comes to the privacy of a voting booth.'”
Mel Brooks said it this way about 40 years ago. The fact that people laughed at this scene — jokes aren’t funny unless they connnect to something real that Average Joes instantly recognize — tells you almost the same thing that Kohut is saying.
I’ve been saying it all along — go outside the cities, the affluent suburbs and the college towns, and America is a nation of enlightened color-blind humanists. Or, as Gene Wilder says to Cleavon Little…