As talk persists that Woody Allen‘s universally loved Midnight in Paris will probably land a Best Picture Oscar nomination, there’s also no denying that Corey Stoll‘s hugely enjoyable, spot-on performance as young Ernest Hemingway is a Best Supporting Actor contender. Okay, maybe not up there with Max Von Sydow and Christopher Plummer, but definitely duking it out with Albert Brooks and Phillip Seymour Hoffman and Andy Serkis. 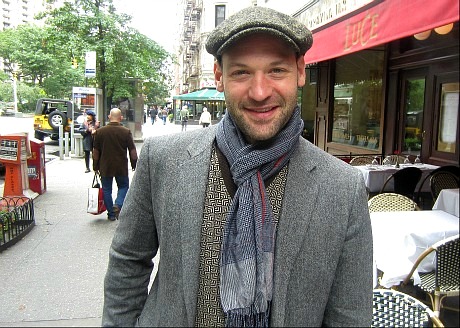 Stoll is on-screen for maybe ten or twelve minutes in Midnight in Paris, and it doesn’t matter. He’s definitely the guy you remember for the sly humor and the authority and the wit and what feels like an almost eerie capturing of a legendary man’s man who had a thing for elegant, run-on sentences about being “real” and a worshipper of beauty and being courageous and solemn and separating the wheat from the chaff. Across the river and into the trees and away from the cocktail phonies.

Stoll and I did a one-hour sitdown yesterday at Luce on the Upper West Side. Here’s what was said.

Why do people decide that this or that performance is Oscar-worthy? Usually because the actor/actress has generated some kind of extra punch and pizazz within the confines of a character, and exuded a certain je ne sais quoi confidence and charisma and an aura that’s a little bit like candy. You “like” the performance and want the actor to stick around and keep adding his/her flavor to the room.

Stoll’s Hemingway is definitely one of these pop-throughs. Bewigged and moustachioed in Allen’s partly period film, he sounds like most of us imagine Hemingway would have sounded. He puts out the appropriately boozy, blustery, brawny quality that we’ve all read or heard about, and is simultaneously playing Hemingway for real and riffing on the legend — a pretty neat trick.. While’s he’s on-screen you’re saying “yeah, good stuff…more of this, please.” 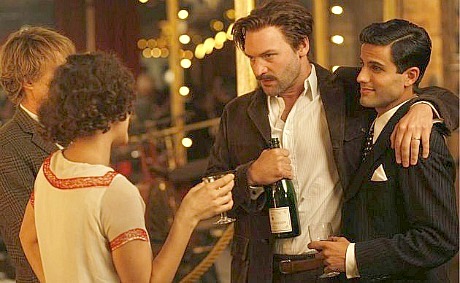 As Ernest Hemingway in Woody Allen’s Midnight in Paris.

Yes, I too would like to see Stoll play young Hemingway in an HBO miniseries that starts with his World War I experience as an ambulance-driver in Italy and ends with the 1926 publication of “The Sun Also Rises.”

Born and raised on Manhattan’s Upper West Side, the 35 year-old Stoll is no Hemingway in person. Not stuck on himself, I mean. He’s considerate, mild-mannered, unassuming and even-toned in conversation, and yet a straight-shooter. Say something that doesn’t seem right quite accurate and he’ll respond in a way that politely corrects.

I find this disparity fascinating. Some actors are commanding personalities with a kind of natural swaggering energy and macho aplomb and what-have-you, and others are like ultra-devoted priests of the cloth. Their interior energy is considerable, but they live to be unleashed by great characters and a general aura of make-believe. Alec Guinness was said to be like this, I once read, and so apparently is Stoll.

And he recently wrapped a role as Jeremy Renner‘s adversary in Tony Gilroy‘s Bourne Legacy, which will open on 8.3.12. The costars include Rachel Weisz, Edward Norton, Joan Allen, Scott Glenn and Oscar Isaac.

We got into this and that and whatever during our lunch. Shooting Midnight in Paris, how the Upper West Side has changed, where things might be for him in a few years, etc. It’s all here. 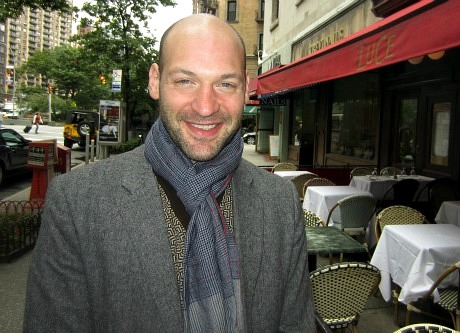 Stoll said something near the end of our chat about how Hemingway came along and wrote what he wrote at exactly the right time (i.e., the early to late 1920s), and that if he’d come along as a new-to-the-scene novelist ten years before or after it wouldn’t have worked as well for him, or perhaps not at all. That’s really what being an artist is about at the end of the day, isn’t it? Not just talent and dedication, but timing.