Pennsylvania’s Supreme Court court has vacated the sexual assault conviction against Bill Cosby on some kind of gobbbledygook technicality, and so the legendary “While You Were Sleeping” scumbag-to-end-all-scumbags, accused by more than 60 women of either sexual assault, rape, drug-facilitated sexual assault, sexual battery, child sexual abuse or sexual misconduct, will soon be a free man.

The state Supreme Court rationale says that “a previous prosecutor’s decision not to charge Cosby, 83, opened the door for him to speak freely in a civil lawsuit against him, and that testimony was key in the comic’s conviction in criminal court.” Repeating: Cosby was persuaded by said prosecutor’s decision not to charge him in a civil lawsuit…that decision led Cosby to speak candidly about this or that aspect of the civil assault charges against him, and this or that candid admission led to a subsequent criminal court conviction,” blah blah.

In short, Cosby convicted himself by blurting out this and that, and it was a certain prosecutor’s fault that he did that.

This is straight out of The Postman Always Rings Twice….calling Hume Cronyn!

Cosby, 83, was found guilty in September 2018 of three counts of aggravated indecent assault, and sentenced to three to ten years in prison. He’s been held all this time in a state prison in Skippack Township, Montgomery County, Pennsylvania. The address is 1200 Mokychic Rd, Collegeville, PA 19426. 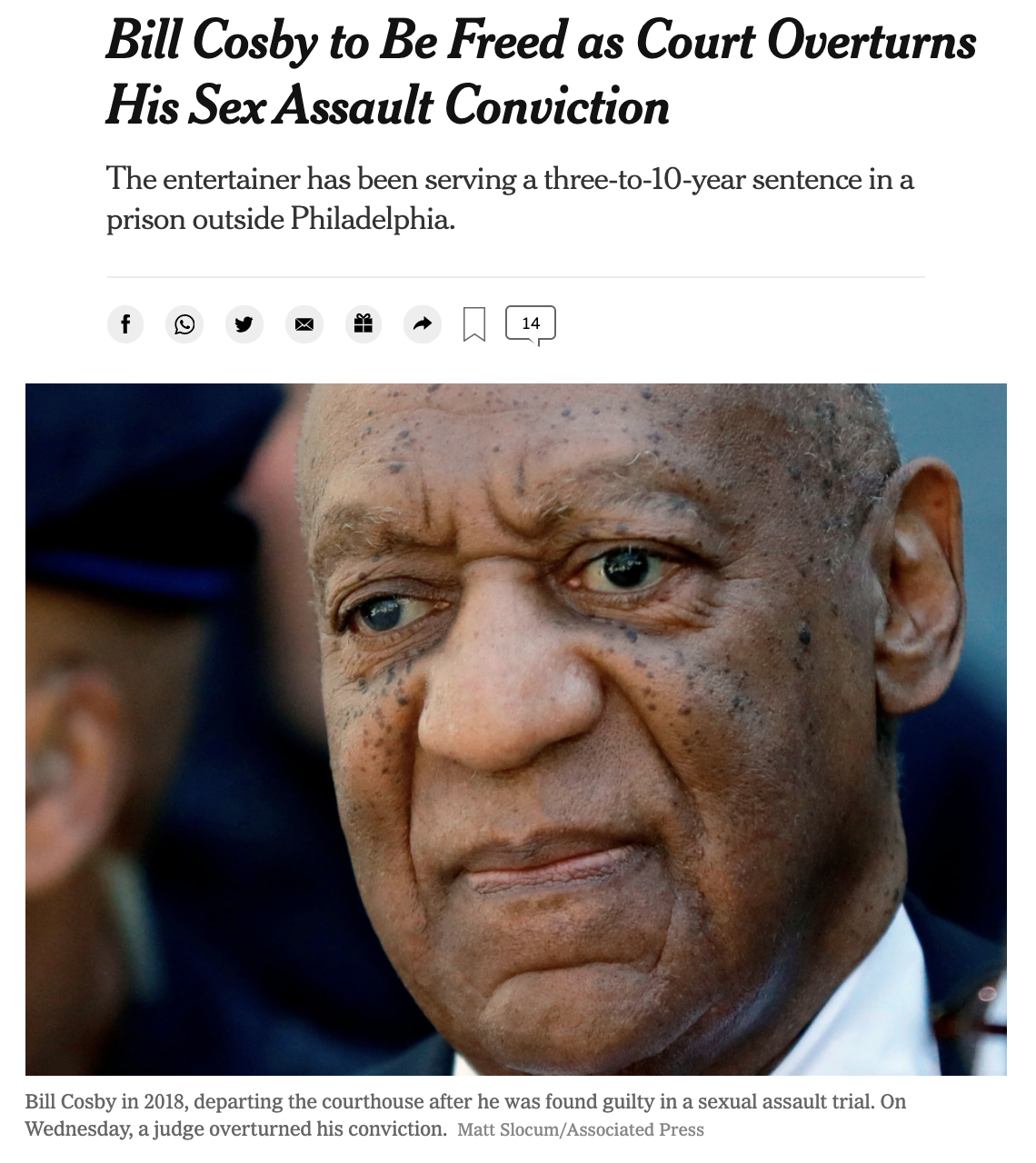 June 30, 2021by Jeffrey Wells42 Comments
« Previous post
Between The Lines
Next post »
Tarantino on Murray vs. Chase