Cosby Walks, At Least For Now

After more than 50 hours of deliberations, Bill Cosby‘s trial on three charges of aggravated sexual assault against Andrea Constand was declared a mistrial today (i.e., Saturday, 6.17) after the jury declared it was “hopelessly deadlocked” on all counts.

This despite the obvious fact that Costand’s account of having been violated by Cosby after being drugged closely matched complaints from dozens of other women (over 40 according to the L.A. Times, 58 according to the Washington Post) — i.e., that the same thing had happened to them. 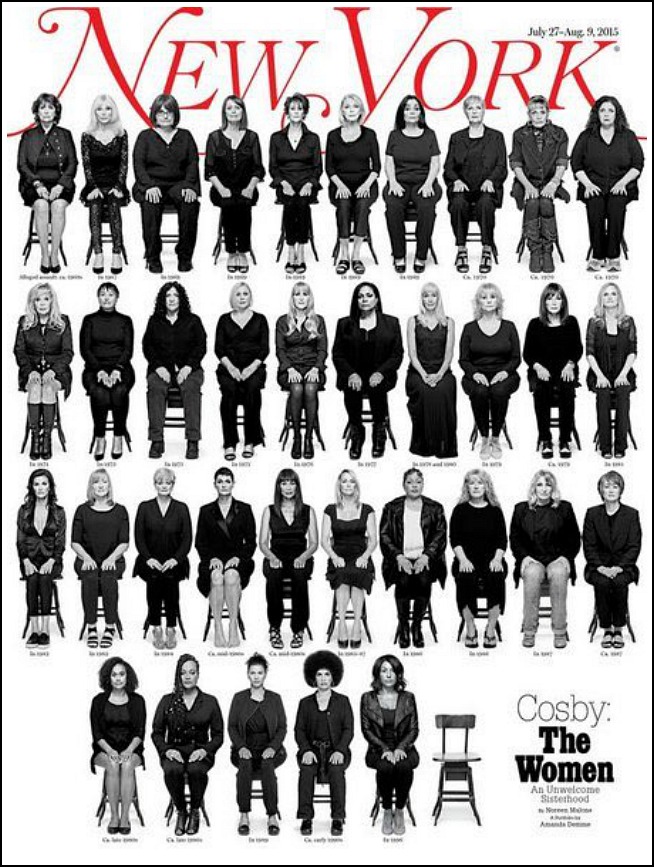 “The Cosbies” on the cover of New York a year or two ago.

Two of the Cosby jurors were black. Do I know for a fact that the O.J. syndrome was a factor? No, I don’t. But who wouldn’t be very, very surprised if they were told this wasn’t a significant reason for the jury’s inability to reach a verdict? We know that at least one juror was unable to vote guilty and send the beloved Cliff Huxtable to jail.

Cosby faced up to 10 years in the slam on each of the three counts. This is the jury system, the social values of this country, the way people tend to see things. You’re rich and famous and played a nice guy on TV? A juror or two will find a way not to convict.

Will Pennsylvania authorities re-try the case? Yes, they will.

June 17, 2017by Jeffrey Wells33 Comments
« Previous post
“Russia Was The Fifth Compartment” on The Titanic
Next post »
Avildsen’s Heyday