Costner’s Hidden Figures Boss Is Portrait of Fairness and Decency 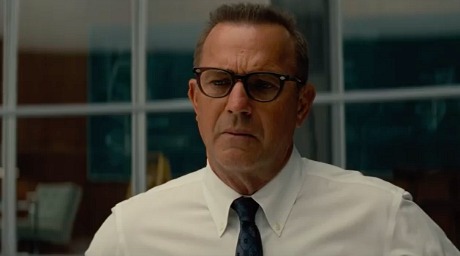 Any Wikipedia historian would presume Harrison is based on Robert Gilruth, who headed the Space Task Group (later renamed as the Manned Space Group) beginning in 1958, and who oversaw a total of 25 manned space flights, from Mercury-Redstone 3 to Apollo 15. But Costner says Harrison is actually a composite figure based on Gilruth and another couple of guys he didn’t name. Update: Shetterly just told me via email that the character is a blend of Gilruth and John Stack, who was a top engineer in aeronautics at Langley for decades.

Did Gilruth or Stack actually take a sledgehammer to a sign announcing that a certain bathroom was only for colored people? This is a major “movie moment.” You tell me.

Costner adds that he wasn’t especially pleased with how the character was written at first glance, but that he and Melfi hammered it out and re-shaped the character with a bit more dimension and humanity. I for one can state that this effort not only gave Costner more to work with but enhanced the film as a whole.

November 19, 2016by Jeffrey Wells13 Comments
« Previous post
Will “Kakistocracy” Catch On, Or Is It Too Greek-Sounding?
Next post »
Lawrence Kasdan’s Grand Canyon