Coyle On The Shelf

I picked up the Criterion DVD of The Friends of Eddie Coyle yesterday. There’s a little booklet inside that contains a reprint of a superb Rolling Stone set-visit piece by Grover Lewis (a great journalist who died in ’95 of lung cancer) called “The Last Celluloid Desperado.” It also contains an eloquent essay by Kent Jones , the recently resigned Film Society of Lincoln Center director/programmer, called “They Were Expendable.” 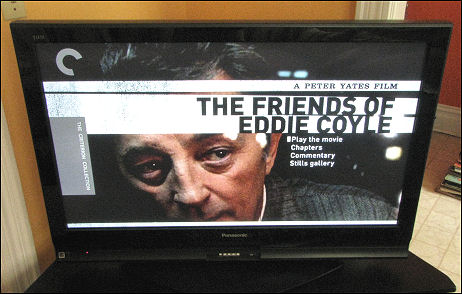 In a discussion of Coyle costars Robert Mitchum, Peter Boyle, Richard Jordan Alex Rocco and Stephen Keats, Jones writes that “these actors, then in their prime, now signify a lost era. Many are dead — Mitchum in ’97, Boyle after a brilliant and successful career, the Harvard-educated Jordan far too early from a brain tumor, Keats by suicide before he turned 50. All of them worked hard on their craft and put flesh and muscle on an entire era’s worth of movies. With the notable exception of Boyle, few ever found roles as good as the ones they played in The Friends of Eddie Coyle.”

And here’s a portion of the commentary by director Peter Yates that gives credit to former Paramount executive (and current Variety guy) Peter Bart for turning Yates on to the George V.Higgins‘ book and suggesting that a film be made of it.

And here’s some noisy dialogue that I’ve always loved, spoken by Keats.

The aspect ratio of Criterion’s Coyle is, of course, 1.85 to 1 or 16 x 9. It looks fine but was shot, of course, in Academy full frame (1.33 or 1.37 to 1) version. I have a full-frame version of Coyle sitting on my backup hard drive, and I have to say that I prefer this shape to the Criterion crop. I always prefer taller, boxier frames. The full-frame version of Dr. Strangelove , for example, is a more purely Kubrickian version than the 1.85 crop version. 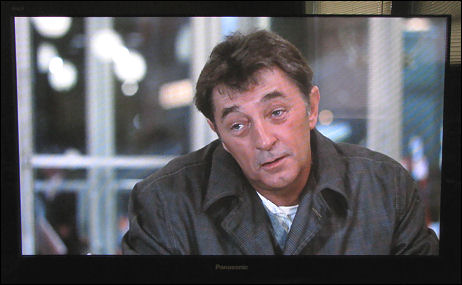 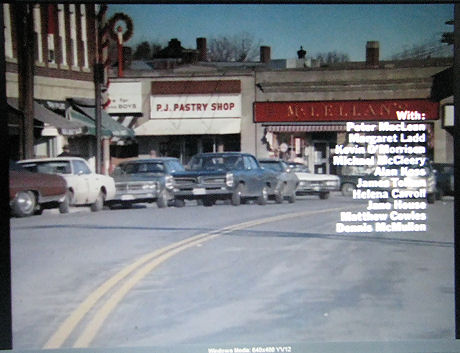 The boxier full-frame version of Coyle that’s sitting on my backup hard drive.