Kevin Hart to Deadline‘s Matt Grobar translation, boiled down to basics: “Homophobic attitudes have long been embedded in African-American culture. Remember those Eddie Murphy gay jokes from the ’80s? Or the reaction among older African Americans to Pete Buttigieg‘s candidacy last year?

“Nine or ten years ago I used a few jokes in that vein, jokes that may have connected among some in the POC community but not in the broader liberal-minded entertainment community. I got slapped around for that in late ’18 and early ’19, but I accepted this as a learning or teaching moment. I apologize for having been insensitive towards people in the LGBTQ community, and here we are now. Life is for learning, and I’m ready for the next lesson.”

Actual Hart quote: “What happened to the days of making a mistake, learning from the mistake, not doing that, and educating others on what not to do because of your mistakes?”

Unspoken Matt Grobar response: “As you know, it doesn’t work that way now. If you’ve made a mistake or if you did or said something hurtful or incorrect a few years ago and we get wind of it, you’re dead. Go away, work for Uber or McDonalds, commit suicide, move to Manila. Okay, you might be able to come back in two or three years if you profusely apologize and beg for forgiveness, maybe, but remember how HUAC and Hollywood studio chiefs began purging suspected Communists starting in the late ’40s? We’ve basically brought that shit back, but for righteous reasons. We’re scrubbing the industry clean.” 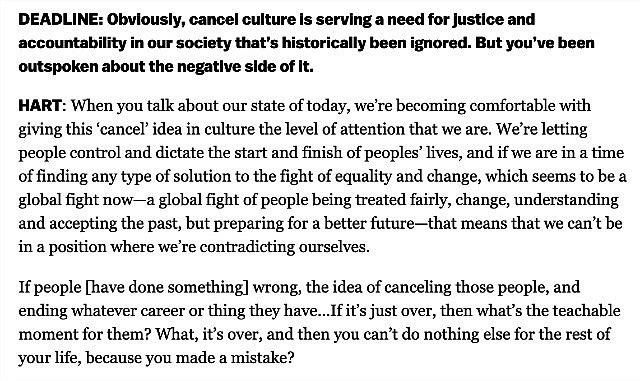 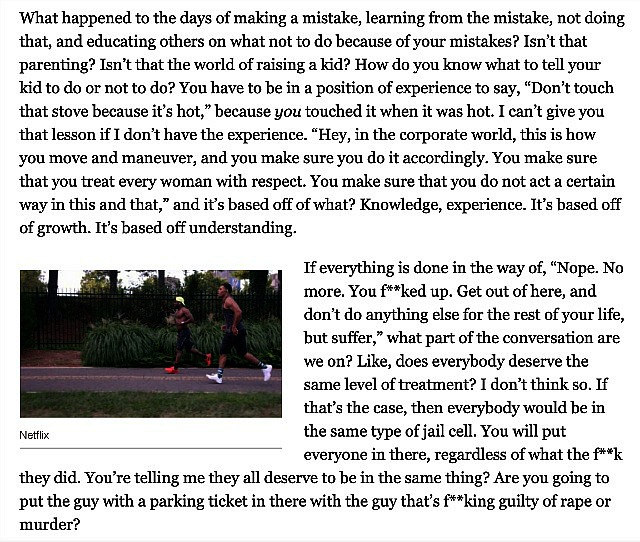 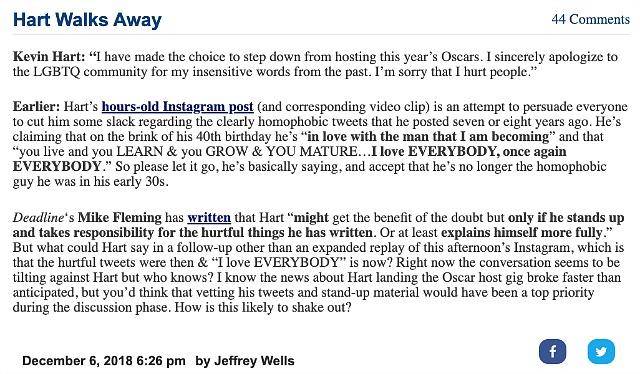 August 19, 2020by Jeffrey Wells15 Comments
« Previous post
Murray’s Best Role Since…?
Next post »
They Died In Their Speedos and Bikinis