You’ll notice that in this candid from the making of Touch of Evil, Orson Welles (dressed in his Detective Hank Quinlan get-up) is simply looking at and listening to Janet Leigh as costar Charlton Heston looks on. Notice that Welles isn’t sneering, cackling, cracking wise, puffing on his fat cigar or being grotesquely animated in the old Quinlan way — he’s just being decent and considerate and listening to what Leigh has to say. This is what Quinlan never does in Touch Of Evil. He’s always “acting’, always behaving, always “on” and is therefore, I feel, constantly dragging the film down into the swamp of ego and personality that’s at least half about Welles himself.  Every time I contemplate re-watching Touch of Evil, I remember this will involve having to deal with Welles’ pain-in-the-ass performance. Nine times out of ten, I watch something else. 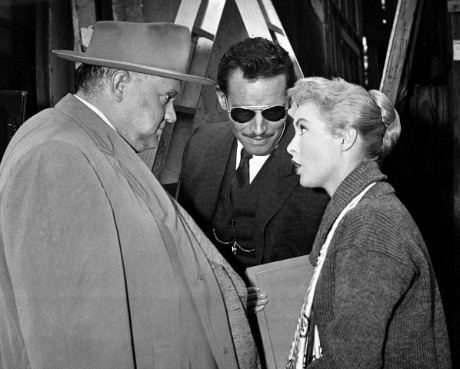 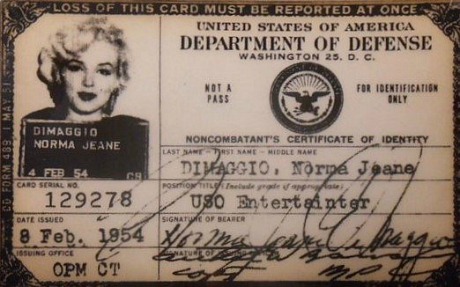 March 21, 2016by Jeffrey Wells28 Comments
« Previous post
Adding Hemingway In Cuba Will Make All The Difference
Next post »
This One Works