Cruise at the Beginning

Oprah Winfrey aired a Tom Cruise interview last Friday, and today she’s running a tribute show about his 25 years of stardom. Cruise’s big career kick-off, of course, was Risky Business, which opened in August 1983. It strikes me as odd, as it has to Roger Freidman, that neither Cruise nor Winfrey thought to invite the film’s director-writer, Paul Brickman, to take part in the show. By any fair standard this seems like ingratitude and bad manners. 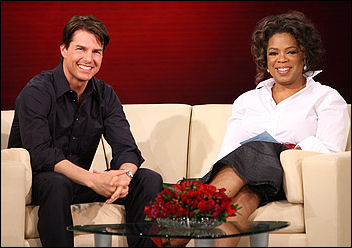 The reason for the blow-off, I’m presuming, is because Brickman didn’t become a powerhouse director in the wake of Risky Business‘s huge success and therefore isn’t flash enough to share the limelight with Cruise admirers like Will Smith, Steven Spielberg, Dustin Hofman, etc. But Cruise owes Brickman big-time. Risky Business was the springboard that led to everything else. Without it Cruise probably wouldn’t have been cast in Top Gun, which in turn led to The Color of Money, Rain Man and Born on the Fourth of July — the three late ’80s films that firmed his rep as a serious actor as well as a hot-ticket movie star. If I were Cruise I would have insisted on Brickman being included. Right is right.
I’m also recalling how Brickman’s film was actually the vehicle in which Cruise gave his second stand-out performance, the first being Curtis Hanson‘s Losin’ It. Shot in late ’81 for $7 million and released four months before Risky Business, it was treated as a minor thing by audiences and (as I recall) most critics. It may have seemed like just another wild-weekend-in-Tijuana teen comedy, but I remember deciding early on that Losin’ It (which had a tender emotional element in Shelley Long‘s performance as a housewife on the brink of a divorce) was a cut or two above. I remember telling myself that Hanson was a director to watch. It costarred John Stockwell and Jackie Earl Haley. 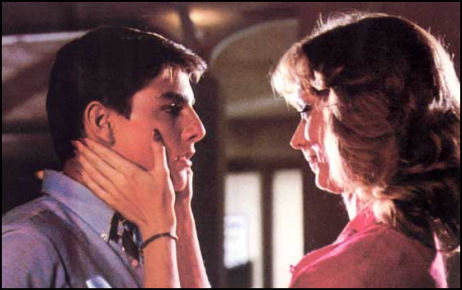 I gather that the Winfrey-Cruise tribute is ignoring Losin’ It as well. To be honest I haven’t seen it since my first and only viewing 25 years ago, but writing this has sparked interest in the DVD. I wonder if it still plays. I’m presuming that it does.