Apologies for not taking note two days ago of a scathing Tom Cruise career-analysis piece by Slate‘s Stephen Metcalf. The gist is that Cruise’s legend wasn’t just born in the ’80s but exemplifies — is spiritually bonded to — the Age of Reagan, and that he’s now threatened by the current consensus that the Wall Street junk-bond/hedge-fund alcoholic greed splurge of the last 25 years is finally over and done with. As that spirit and attitude is tanking, Metcalf says, so is Cruise’s career. 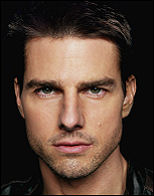 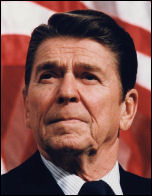 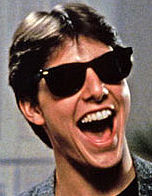 “More so than any of his contemporaries,” says Metcalf, Cruise “brought to ’80s cinema an aura that corresponded to the novel tonalities of Reaganism.” And in order to triumph as the ’80s incarnate — here’s the interesting part — Cruise “had to kill within himself every tendency to messiness and ambivalence.” And the end result of this lethal discipline, he’s arguing, has left Cruise without the basic personality components that he could dig into and expand upon in middle age.

Cruise’s career, he explains, “maps perfectly onto the 25-year bull market in stocks that, like Cruise, is starting to show its age. Nascent in the early ’80s, emergent in 1983, dominant in the ’90s, suspiciously resilient in the ’00s, and, starting in 2005, increasingly prone to alarming meltdowns. For both Cruise and the Dow Jones, more and more leverage is required for less and less performance.

“Place Cruise next to Jack Nicholson, Paul Newman and Spencer Tracy , and he is a riddle. Place him next to Ronald Reagan, and he is not so confounding at all.

“A worry shadows the forthcoming Tom Cruise thriller Valkyrie,” the article begins. “The worry is that, upon seeing Cruise done up in an eye patch and Nazi jackboots — trick or treat! — audiences will laugh. This is not a high bar for the world’s biggest movie star.” And yet tracking says Valkyrie will do pretty well this weekend.

“Cruise is now 46 years old, roughly midcareer for an actor of his stature; and yet the brand has fallen so far that a throwaway summer goof, his cameo as Lev Grossman , the too-Jewish super producer of Tropic Thunder , was regarded as a ‘comeback.’ By way of contrast, when Jack Nicholson was 46, he appeared in Terms of Endearment. Nicholson’s performance as retired astronaut Garrett Breedlove won him an Oscar, but more importantly, it permitted some humanity to rise up through accumulated strata of stock deviltry, and stand forth warmly. Cruise, meanwhile, gyrates in a fat suit. 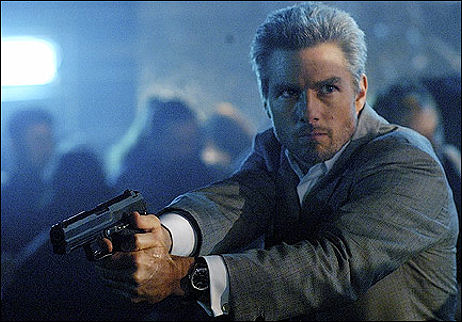 “In a cold balancing of assets and liabilities, it’s hard to see how Cruise is on the verge of a silver-years renaissance of the kind that awaited Jack Nicholson or, say, Paul Newman (44 for Butch Cassidy and the Sundance Kid, 48 for The Sting) or Spencer Tracy (49 for Adam’s Rib, 52 for Pat and Mike).

“Cruise has that famous smile, of course, his boyish good trim, and a synthetic American normalcy that puts him over with audiences in Bhutan or Sri Lanka. Now think about what he lacks: humanitas, gravitas, carnality, whimsy — everything, in short, that might rise up to fill a midlife smile with feeling. Even premium Cruise, the A-game actorly actor of Born on the Fourth of July and Magnolia , who gears up a half-berserk lour when working with a directorly director, offers more of the same: bark, glare, seethe, repeat.”

Wrong — the best grade-A Cruise came with his turns in Jerry Maguire and Collateral. The key to a grade-A Cruise role is not playing romantic or heroic — it’s playing someone under siege, taking hits, vulnerable, hurting, flawed.

“I can’t name another American icon who has been so popular,” writes Metcalf, “and for so long, and yet so hard to like, and for so long.

“From the counterculture nebbishes (Hoffman, Sutherland, Gould) Cruise borrowed a certain insouciant charm. From the silent-majority fascists (Eastwood, Bronson) he borrowed a body queen’s emphasis on physique. From the new Brandos (DeNiro, Pacino) he borrowed flashes of Method intensity. He measured and admixed these to create a wholly new male persona in American acting. He is the boyish hard-body, pin-neat, sleek, yip-yippily filled with self-celebration. (He is Andy Hardy, but he can beat the crap out of you.) Certain that the world will find him charming, his biggest challenge is his own dubious maturity.

“The perfect apotheosis of Cruise remains Maverick in Top Gun. But before he emerged as the ’80s incarnate, Cruise had to kill within himself every tendency to messiness and ambivalence. 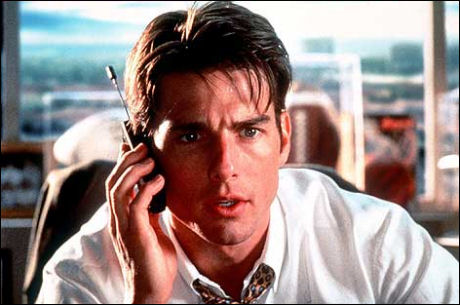 “How do I know? Because before he became the ’80s incarnate, Cruise played Joel Goodsen, the neurotic suburban boy of Risky Business. It is a beautiful and authentic piece of acting. To watch his performance today–and you should–is to be present again, not only at the creation of Cruise, the movie star, but at the death of Cruise, an actor bounded by normal human proportion.

“Risky Business tried to be clear on the fate of the homely virtues once implied by the label ‘conservative.’ Thrift, patience, deferred gratification, self-reliance — all were about to be swept aside like a cobweb, lost as pitiably as Joel’s sexual innocence. But in a final irony, the logic of ‘what the fuck’ took over the production itself. Brickman and David Geffen, the executive producer, fought over the ending, with Brickman finally agreeing to let Joel’s exploits win him, improbably, a place at Princeton. Is it any wonder we remember the Wayfarers and not the catcher’s mask?

“‘I was just thinking,’ muses Lana in the film’s penultimate scene, done up, Ralph Lauren-style, in the faked old money duds of new privilege, ‘Where we might be 10 years from now.’ ‘You know what?,’ says Joel, totally secure in his own huckster charms, ‘I think we’re both going to make it big.’

“Over the course of the decade, Cruise would play a pool shark, a cocktail mixer, and, of course, a cocky flyboy in a time of peace. By Top Gun, an act of pure kitsch, Cruise was wholly unshadowed by Joel Goodsen, the prudish boy of the first half of Risky Business.

“As a full co-production of Reaganism, Cruise helped synthesize a new personality type: neat, clean, personable, and lacking in either adult probity or the stray edge, for fear of pricking the surface of a giant bubble. But to live within ‘what the fuck’ is to die within ‘what the fuck.’ Jerry Maguire is Maverick’s idea of an adult, just as Valkyrie‘s von Stauffenberg is Jerry Maguire’s idea of a serious acting role. Of course audiences are tempted to laugh. The Cruise persona, like a junk bond, was never meant to reach maturity.”