“Studio management by creative talent” was the idea when Douglas Fairbanks, Charlie Chaplin, Mary Pickford and D.W. Griffith formed the old United Artists on 2.5.19, and now the same deal is in effect with today’s announcement that Tom Cruise and Paula Wagner are taking over UA and running the creative-greenlight side of the business “subject to certain parameters,” with the partnership and support of MGM chariman and CEO Harry E. Sloan.

Crazy Tom, Crazy Harry and Paula Wagner! This is definitely a Cruise + Wagner rebound that eliminates all the spiritual residue of Sumner Redstone‘s harsh decision to boot their production company off the Paramount lot last summer (especially with the story being recounted in the December Vanity Fair), and a nice little maneuver by Sloan that makes UA sexy again. But we’d all like to know more details.
Wagner “will serve as Chief Executive Officer of United Artists, overseeing the day to day operations of the studio alongside her longstanding producing partner Cruise, who will star in as well as produce films for United Artists and also be available to appear in film projects for other studios,” the release says.
How many films per year will the new United Artists be looking to produce? What are the financial parameters? Will they be acquiring at all? Cruise’s fame and box-office potency is obviously the fulcrum of the deal, but the last eighteen months have made it clear to everyone that his currency has been devalued. But there’s opportunity that comes with this. One game ends, another begins. 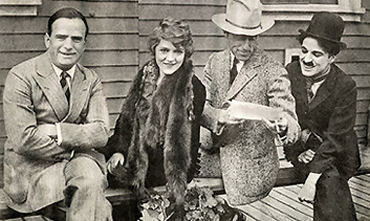