Last night I re-watched Roger Donaldson‘s Thirteen Days, a generally absorbing drama about the 1962 Cuban Missile Crisis. I hadn’t seen this New Line release since it opened in 2000. By any fair standard it’s well done, fairly gripping, decently acted, tightly edited. I didn’t miss a line or a plot turn.

Based on “The Kennedy Tapes” and told from the perspective of President John F. Kennedy (Bruce Greenwood), Attorney General Robert F. Kennedy (Steven Culp) and appointments secretary Kenny O’Donnell (Kevin Costner), David Self‘s screenplay covers all of the particulars, and there are many scenes that I found riveting.

My favorite episode follows a low-altitude photo reconnaissance mission over Cuba by Navy pilot William Ecker (Christopher Lawford) and another fighter jock. Prior to leaving Ecker is ordered by O’Donnell to not get shot down, as such an event would force JFK to respond militarily, which would lead to war. Ecker understands what O’Donnell is saying and agrees to play the game.

He flies and snaps photos over Cuba and is strafed all to hell by Russian and Cuban bullets. Back at a U.S. air base, Ecker insists that the holes in the wings were caused by flying sparrows. When questioned by Air Force General Curtis LeMay (Kevin Conway) about whether he was fired upon, Ecker says “it was a cakewalk, sir.”

Costner was a senior producer, and he used that leverage to amplify O’Donnell’s insignificant role during this complex political drama into that of a senior player, so he’d have a meatier role to play. (Or something like that.)

After seeing the film, Kennedy’s Defense Secretary Robert McNamara (very well played, incidentally, by Dylan Baker) said that O’Donnell “didn’t have any role whatsoever in the missile crisis…he was a political appointments secretary to the President…that’s absurd.”

The duties performed by O’Donnell in the film, McNamara said, were closer to the role Kennedy speechwriter Ted Sorensen played during the actual crisis. McNamara: “It was not O’Donnell who pulled us all together…it was Sorensen.”

The only thing that really doesn’t work are the knowing or haunted or alarmed “looks” that the principal sympathetic players give each other. (And which are performed to help the chumps in the audience understand the concerns that these characters had at various junctures.) In actuality nobody gave anyone a “look” about anything during this crisis, trust me, because that would have conveyed emotional distress or vulnerability to any antagonist or disloyal participant in the room who happened to notice.

Greenwood is a particular problem in this regard because all he does for the most part is roll his eyes and glare daggers and sweat bullets when the notion of military conflict of any kind is discussed. You’re watching him go through the paces and you can’t help but think “this isn’t working…Greenwood just can’t bring it.”

The poor guy does a reasonably good job of handling JFK’s dialogue, so to speak, but he’s doomed by the fact that he’s unable to exude even a fraction of Kennedy’s preternatural cool and charisma — Greenwood is a good Canadian actor as far as it goes but JFK was a glam political superstar, and Greenwood just doesn’t have it.

Plus his JFK wig is way out of whack. How the makeup and hair people blew it this badly is astonishing. We all know what Kennedy’s thick auburn hair looked like with the brushed upsweep, and the Greenwood thatch doesn’t even resemble it. It’s like “what were they thinking?”

JIMMY CARTER, GERALD FORD: Nobody. (Chevy Chase made no attempt to impersonate Ford.)

FRANKLIN D. ROOSEVELT: Ralph Bellamy, The Winds of War and Sunrise at Campobello.

THEODORE ROOSEVELT: Brian Keith, The Wind and the Lion. 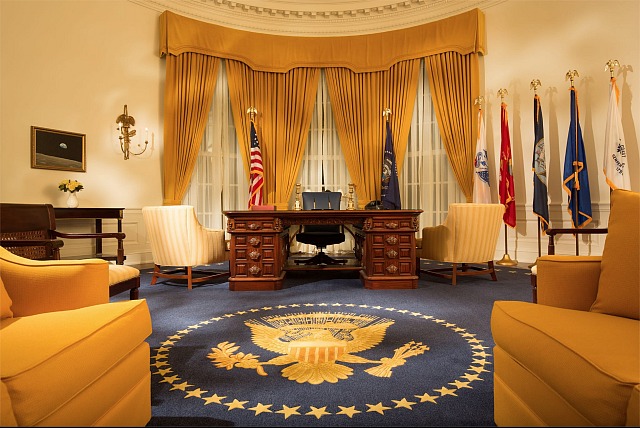 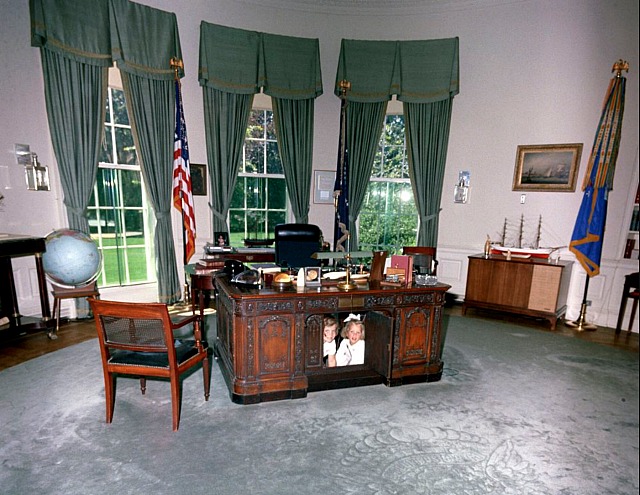 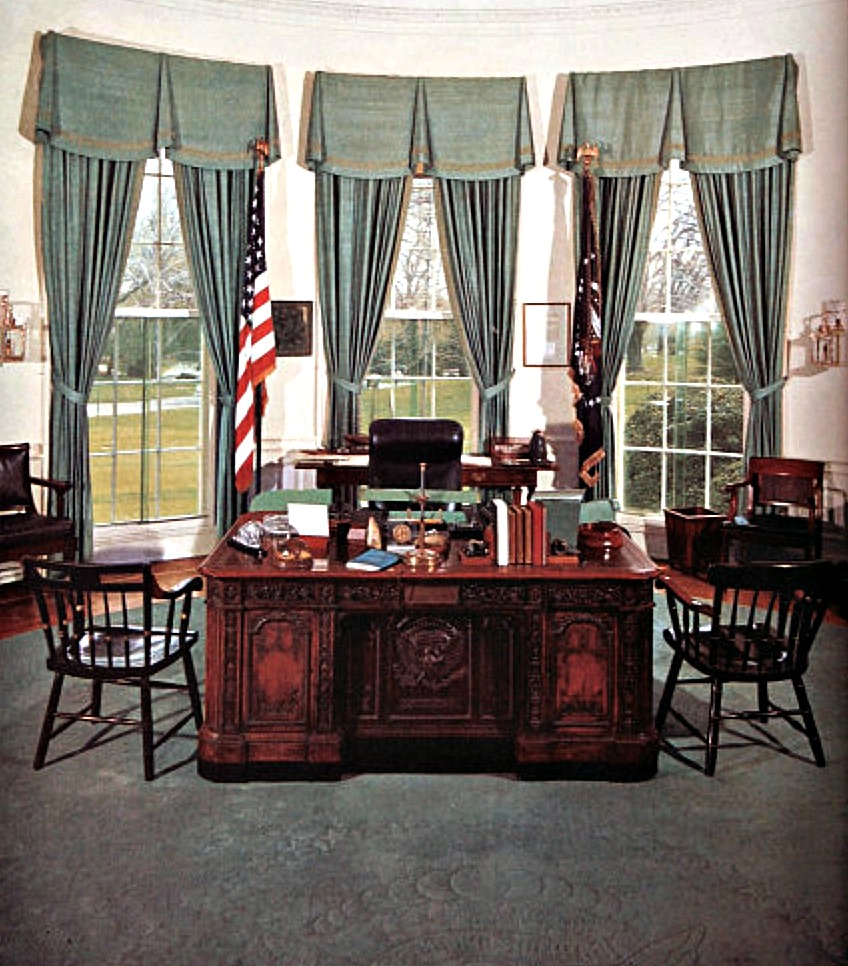