Dahl and “You Kill Me”

Roughly 75% of the the critics are supportive of John Dahl‘s You Kill Me, the dark and somewhat skewed Ben Kingsley- Tea Leoni comedy about a Buffalo-based hitman trying to recover from alcoholism during an attempted dry-out in San Francisco. I mean, 75-25 is a pretty good RT average. 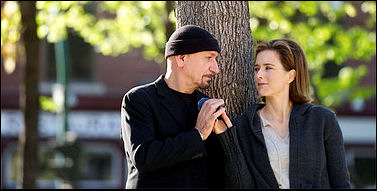 That’s more or less how I feel myself, having found it mostly likable, amusing, agreeable…but with a few undeniable speed-bumps. And yet Kingsley is one of our absolute best — he seems incapable of delivering a line or an emotion that doesn’t have some kind of unexpected edge or inflection or flavoring — and the film itself is a nicely sardonic, above-average adult dramedy, which is enough to warrant a pass.
And yet I’ve had trouble trying to write something about it the last week or so. And there’s always a reason for the foot-dragging syndrome. In this case “reasons,” which I’ll get into shortly. But being the son of an alcoholic and a veteran of more than a few Al-Anon meetings over the past few months (and during a period in the mid ’80s), I feel a certain kinship with You Kill Me.
So to pay it the proper respect, I finally got off my ass and arranged (with the much-appreciated assistance of publicist Karen Oberman) to do a phoner with director John Dahl, and here it is.
I said after seeing You Kill Me that I’m feeling “hit-manned out” — tired of character studies of personable, regular-joe, emotionally vulnerable professional assassins in mainstream movies. There’s no recognizable metaphor in making a film about a hitman — it’s just a stock, post-Tarantino convention that conveys a generic dark- thrill factor. I think it’s lazy to go there at this point in time. 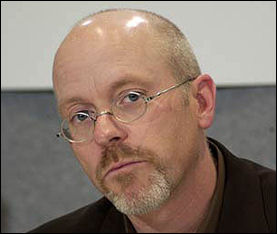 The sympathetic portraits of gangland assassins by Samuel L. Jackson and John Travolta in Pulp Fiction was, I think, the first in this vein. Three years later John Cusack played a broadly comedic GenX hitman in Grosse Point Blank. I’d begun to tire of the idea by the time Richard Shepard‘s The Matador — a dark comedy about a burnt-out hitman (Pierce Brosnan) who beriends a middle-class married guy (Gregg Kinnear) — came along. So it was hard for me to absorb You Kill Me with any kind of fresh, open-to-new-things attitude.
Plus I didn’t believe that Tea Leoni‘s youngish-looking character (Leoni is 41 but looks 35) would fall for Kingsley’s with Kingsley himself being 63 and pretty much looking it, and also being an alcoholic assassin. I wanted to buy it, but I couldn’t. I could see it happening if Kingsley looked ten years younger and had lied to Leoni about the seriousness of his drinking problem and what he does for a living… maybe. But no relatively sane woman would be so self-destructive as to hook up with a guy like Kingsley’s soused hitman…no way.
Plus I found it silly that Kingsley’s character would admit his profession to his Alcoholics Anonymnous group on the presumption that no one would tell anyone else about it because of the AA confidentiality thing.
But I worship Kingsley the actor and I can’t help but warm to stories about healing (my all-time favorite being Tender Mercies), and so here I am banging this out at 8:58 ayem, knowing I have to get out of here and down to the Apple store at the Grove so I can take a picture or a video of the I-Phone customers lined up outside.