And yet Allen v. Farrow (HBO Max, 2.21) suggests that perhaps Moses wasn’t in Frog Hollow that day, or that he wasn’t around much or was off walking or sulking. The doc focuses hard on Moses in episode #4 and does what it can to discredit him. I can’t recall precisely if the contrary information is offered in episode #3 or episode #4, but it arrives when the doc quotes Woody Allen‘s testimony in the 1993 Judge Wilk child custody case.

Although the doc doesn’t excerpt any passages from “A Son Speaks Out“, it passes along a Moses statement about his being at the house and seeing this or that, and then it flashes a statement on the screen: “Allen, during his testimony [at Judge Wilk’s custody hearing], said Moses “was nowhere to be seen” that day, or words to that effect. (I wish I had frame-captured this — my bad.)

And yet at the beginning of his essay Moses writes that he “was present for everything that transpired in our house before, during, and after the alleged event.”

If, like me, you dismiss a notion that Moses was lying when he wrote that he was there “before, durng and after”, it sounds as if Allen v. Farrow directors Kirby Dick and Amy Ziering are being dishonest on this particular point, at least as far as blowing smoke up viewers’ asses is concerned.

I’m especially bothered — flummoxed is a better word — by the “train set in the attic” thing. Dylan said the train was choo-chooing around the attic — the actual quote is “circling around the attic” — during the alleged assault. In episode #4 an undated Connecticut police drawing (or “schematic”) of the attic crawl space shows a circular (or oblong-shaped) train track of some kind, but why not a photo? Why wasn’t it dated? Who’s the artist?

Moses, on the other hand, wrote flat-out that there was no train set in the attic — period. (He said an electric train set was actually in a first-floor converted garage playroom that the boys used.) Why is this unresolved in the doc? Why didn’t Dylan mention a train set in her earlier statements? Why didn’t the doc drill down and clear this up one way or the other? Who drew the schematic? 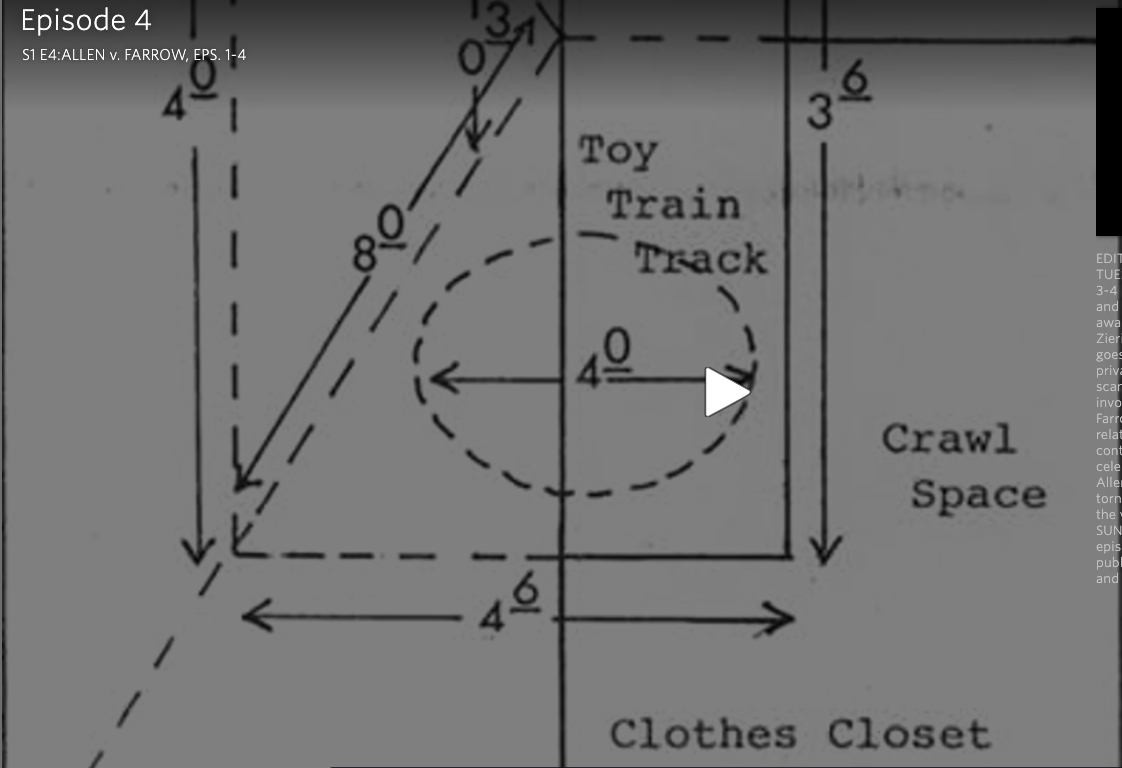 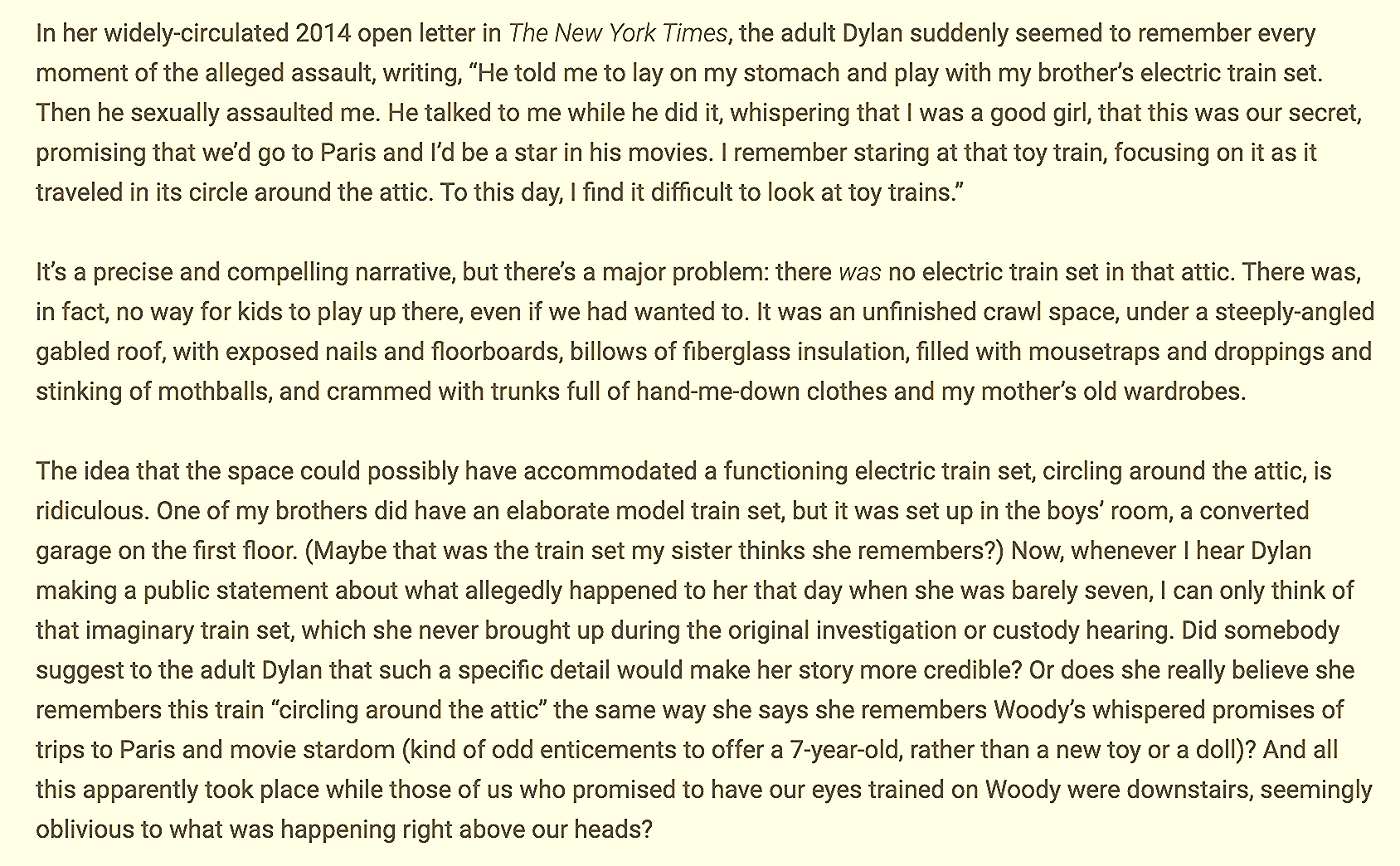