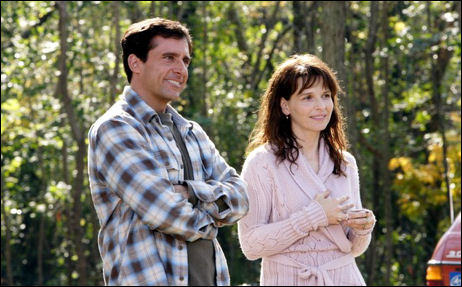 With Steve Carell and Juliette Binoche playing 40ish types who who fall inconveniently in love, pic “deftly interlaces heart and humor in a witty, warm and well-observed comedy about the unexpected and inconvenient blooming of romance at the weekend gathering of an extended family.

The film “more than fulfills the promise evidenced in Hedges’ Pieces of April. From a B.O. perspective, his follow-up has the potential to delight a demographically diverse audience, and generate enough favorable word of mouth to register as one of the fall’s true sleepers.

“It’s intended as high praise to note that, in sharp contrast to most other recent American-made laffers, there’s a decidedly European air to Hedges’ effort. Indeed, it’s not at all difficult to imagine, say, Daniel Auteuil in the lead role winningly played here by Carell.”