Dano Owns It, Cusack Works It

“My first viewing of Love & Mercy put my attention more on John Cusack, whom I’ve never seen so vulnerable and exposed as he is here. So to me, on first pass, Cusack was the one I thought had the better chance at a nomination — not for lead, mind you, but for supporting. But then I saw the movie again. The second time through, Paul Dano’s performance emerged much more. So much so that I think he could be a strong contender not just to be nominated for Best Actor but maybe to win. It’s just a masterwork from Dano who tends at times to go a bit over the top. He doesn’t do that here. 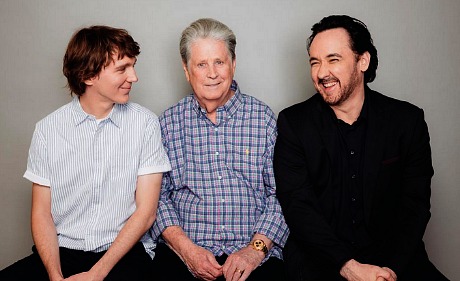 “Both actors capture Brian Wilson’s gentle spirit and inherent sadness. Both actors show in such a subtle way how Brian Wilson tried so hard to beat back the voices and the demons. So while it’s true both actors make one complete performance, if it were me, I’d go for Dano for lead and Cusack for supporting. I’m saying this for two reasons: (1) the Best Actor race is going to be so crowded by Oscar-nomination time and (2) it will be hard to make sure this film is remembered at all because it’s being seen so early.” — from a 6.8 Sasha Stone piece called “The Dilemma of Paul Dano and John Cusack and the Best Actor Race.”

June 9, 2015by Jeffrey Wells12 Comments
« Previous post
Trust Me, Jurassic World Reviews Will Clear The Deck
Next post »
This Bud’s For You