Day vs. Mulligan…Okay, You Can Add Kirby

All Davis did in Ma Rainey was act huffy and resentful…a performance that was all crust and bluster. And Zendaya can’t overcome that limited range and those liquid shark eyes. Day should be right at the top of this list, and I don’t want to hear any bullshit about it. Her only serious competitors are Promising Young Woman‘s Carey Mulligan (who will probably may win at the end of the day) and Pieces of a Woman‘s Vanessa Kirby. McDormand is excellent in Nomadland, of course, but apparently she’s not happening — she won a Best Actress Oscar three years ago and that’s enough for now. 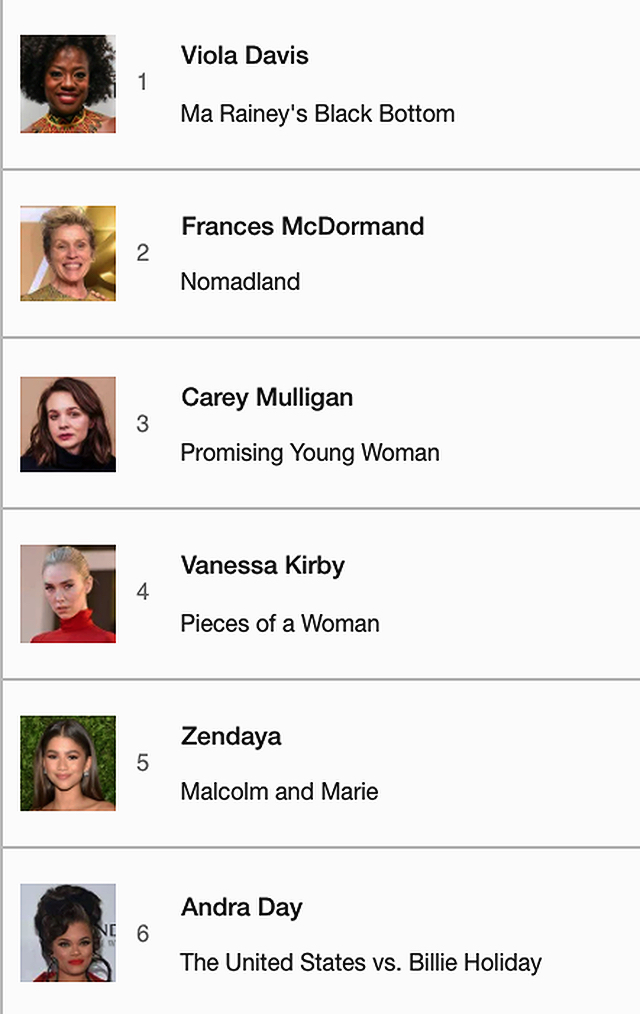