I concur 100% with Toronto Star critic Peter Howell when he says that “just one person saves Smart People from being completely wretched, [and] it’s the presence of Thomas Haden Church.” 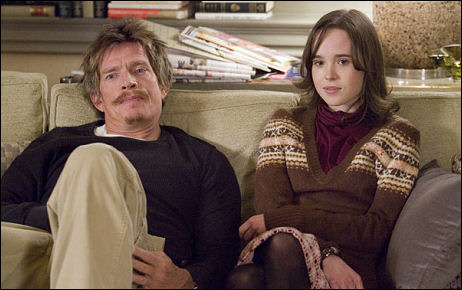 The problem, unfortunately, is that Haden Church wears a truly wretched moustache in Noam Murro‘s film, and it wrestles with his performance. He’s still the film’s most winning actor (slightly more engaging than Ellen Page, and much more so than the growly and curmudgeonly Dennis Quaid), but every time you look at him your eyes go right to his upper lip and it’s like…why?
This led me to lament almost all moustaches everywhere. I realize that some actors look better with them. Or they did in the good old days. Clark Gable, Ronald Colman, William Daniels in The Graduate, John Hillerman in Chinatown, etc. Robert Redford’s ‘stache in Butch Cassidy and the Sundance Kid looked terrific. But almost everyone who doesn’t have the kind of face that really and truly needs the augmentation of upper-lip hair looks awful when they grow one. I mean terrible and sometimes even comically miscalculated at times. The word doofusy comes to mind.
Black guys, for whatever reason, almost always look good with moustaches. Who can imagine Billy Dee Williams without one? Except for Denzel Washington — they don’t work for him at all. 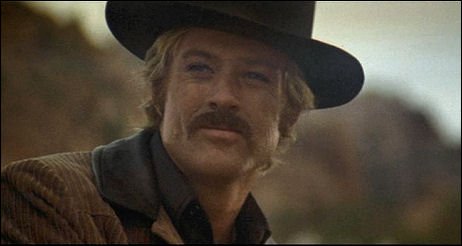