I attended an LAFF “Coffee Talk: Screenwriters” panel at 5 pm today at LA LIVE Regal. The two “stars” (in terms of the number of questions asked by the audience) were Diablo Cody and Dustin Lance Black; Christopher Marcus & Stephen McFeely (The Chronicles of Narnia, Captain America) and Josh Olson (A History of Violence), no offense, were back-up. 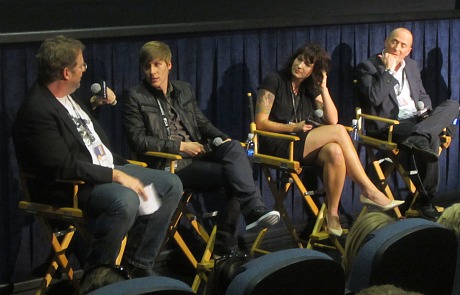 The most exciting bit of information was Cody announcing that her dream writing project, which she hasn’t begun working on (not even in terms of research), would be a biopic of Brian Wilson. The instant she said that, I said “Yes! Great idea!” The story of an obsessive who became a brilliant and transcendent composer-musician for a period of maybe three of four years (’64 to ’67) before he burned himself out and went down the drain…and then came back in a mild, contented way in the ’90s. Somebody asked who would play Wilson, and Cody said, “Good Question.”

I also asked Cody about the screenplay she wrote for Jason Reitman‘s Young Adult, and mentioned that my understanding (not having read the script) is that it’s “somewhat less congenial” than previous Reitman films, and she basically said “Yeah, you’re right.” What she actually said was that “‘congenial’ is actually a pretty good word for what Reitman’s films” — obviously including Cody’s Juno — “have been,” and that Young Adult is “not the kind of film that people might expect from me,” and that Charlize Theron‘s character is a “curmudgeon” and so on. I can’t wait. 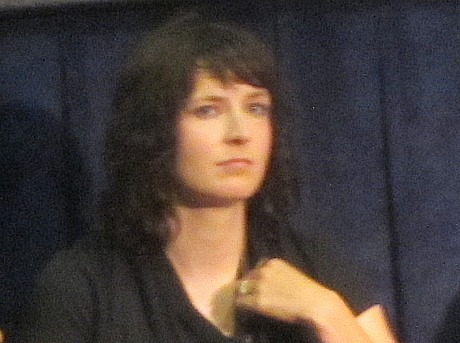