DiCaprio will take it

With the O’Toole bandwagon slowing to a stall (especially if he winds up staying in London), the Best Actor Oscar face-down is pretty much down to Leonardo DiCaprio (The Departed, Blood Diamond) vs. Will Smith (The Pursuit of Happyness) — and it seems more and more likely to me that DiCaprio will take it. 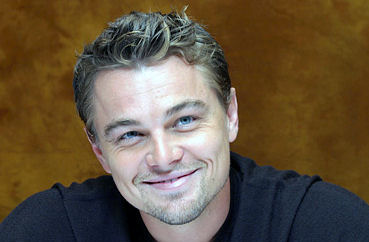 The DiCaprio undersaga-metaphor is about a gifted kid-like actor finally surging into the realm of manhood and mature conviction, so a vote for Leo is a vote for a potential finally fulfulled. A vote for Smith is a vote for the idea that a practiced smoothie can get down and find something deeper and fuller in his craft as well as himself. On this they’re more or less evenly matched.
But DiCaprio has the edge because he nailed it twice this year, and because The Departed is at the top of nearly everyone’s list. In the long run The Pursuit of Happyness is going to outpoint Blood Diamond (which is going to get dinged when it opens next Friday), but the feeling is that the former lacks the dramatic chops and gravitas to springboard Smith into a higher standing and keep the ball rolling into February. The reason the O’Toole/Venus thing is sagging is because it’s all about the past, and because O’Toole is being kept from projecting a present-tense, here-I-am, onward-and-upward profile. It’s a tough game.