Variety to Michael Moore: Trump has been accused of harassment and was caught on tape bragging about assaulting women. Given those allegations, why did more than 40% of women vote for him?

Moore: I’ve had to listen to guys, liberal guys, all my life, when they’re single. One lament of the liberal, feminist, single guy is that women would rather date assholes. I’d say, ‘Don’t say that. That’s not true.’ But every heterosexual guy has seen this since high school. Guys will say, ‘I’m nice…they don’t want nice.’ Listen, I don’t know the psychology of this, but men have been running the show for a few thousand years, and it’s not unusual throughout history for the oppressed to come to identify with their oppressor. 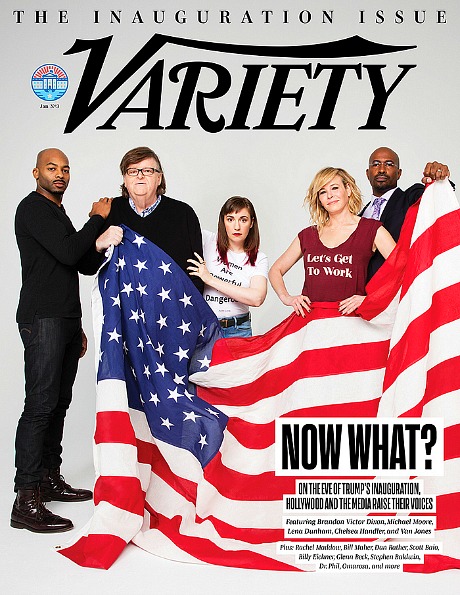 Wells comment: One, a lot of women voted against Hillary because, like many of their hinterland husbands and boyfriends, they didn’t like, trust or want her, period. Two, an actor friend told me a long time ago that “women…not all women but many of them…will always kneel before the conqueror.” Because the conqueror is strong and provides security and protects women from the dark unknown. Mussolini had a lot of women in love with him. Hitler also. You’d think that 21st Century feminism would have eliminated or weakened that curious impulse in women, but even with that cultural current 40% of women voted for this fucking monster — which is also, I suspect, because they felt they couldn’t roll with Hillary. And three, when guys say women “don’t like nice,” what they mean is “they don’t like semi-passive, thoughtful, pale-complexioned, semi-wimpy types like myself.” Women like the rascal, the rogue, the gunslinger. Just ask Princess Leia.

Variety: “Did the Russian hack of the DNC play a decisive role in swinging the election to Trump?”

Variety: What did you think of Meryl’s speech at the Golden Globes, criticizing Trump for mocking a disabled reporter?

Moore: I had tears in my eyes. It was so powerfully delivered by the perfect person. She was talking about human empathy. It was not about being a Republican or a Democrat. It was about: Have you no decency, sir?

January 17, 2017by Jeffrey Wells50 Comments
« Previous post
The Asterisk Is Already Burned Into His Hide, And Into History
Next post »
Nice “Hippo” Daughter, Remarks Dad