To Die In Bed 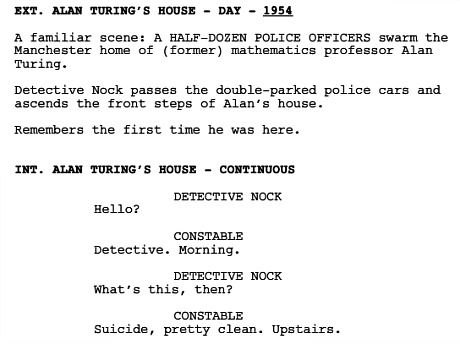 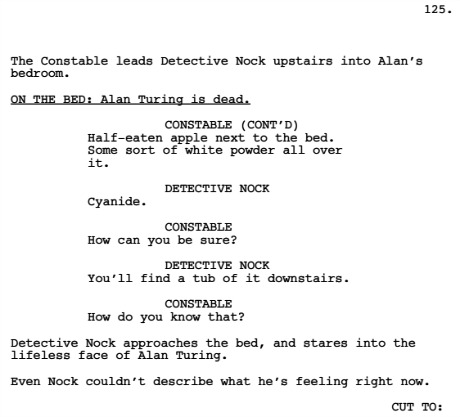 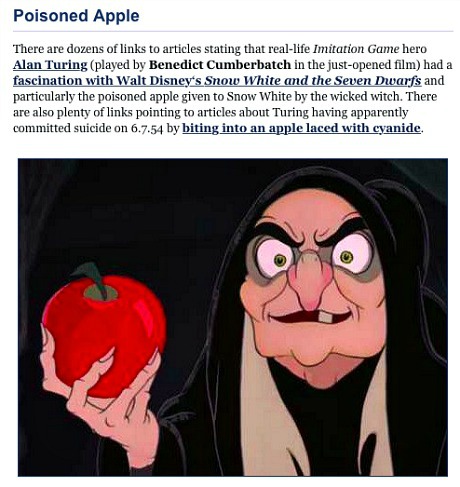 From a 12.8 interview between Moore and Rope of Silicon‘s Brad Brevet:

Moore: “We never had a scene of him actually committing suicide. There was no, non-melodramatic, non-histrionic way of showing someone eating the apple. It would have been a laugh-out-loud moment.”

Moore: “I don’t think it would have worked on screen. One thing I did script, we did shoot and then took out in editing was a scene of the detective coming in and finding the dead body and there’s an apple next to the bed and it’s covered in cyanide and there’s a lower-ranking detective that explains to our main detective what happened. We shot that and it felt — sort of in contrast to what you’re saying — we thought it was going to end up feeling powerful when we saw the film, but it wasn’t. It felt expositional. It felt like a scene that was just giving us information without any emotional value. We even had this bit where we zoomed in on the apple and Morten was like, ‘Does this feel like an Apple commercial to you guys? Why are we selling Apple computers right now?'”