Sometime around ’72 or ’73 a girlfriend told me about being in an Upper East Side bar late at night, and how somebody played “Hey, Jude” on the jukebox and the volume, she said, was cranked up to 10 or 11, and the song just filled the room and before you knew it the whole crowd…every 20something or early-30something patron, most of them drunk…everyone was singing right along and was just floating on this orgasmic all-together vibe and that wow, she never forgot it.

When I first heard this story I remember thinking “okay, cool” but at the same time thinking, “Jesus, I don’t know…a tavern full of happy drunks singing a Beatles song and swaying to the music…on some level that doesn’t sound like an especially cool scene, given the kind of people you’d find in Upper East Side bars back then…the kind of TGIF bar that the National Lampoon guys made fun of in early ’75 with a talking-balloon piece called “An Evening at Dingleberries.” 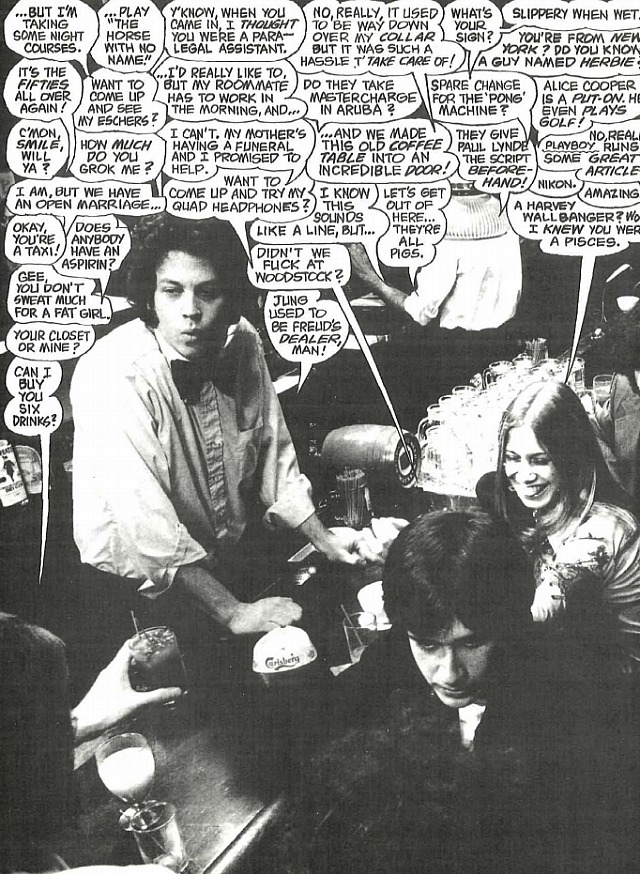 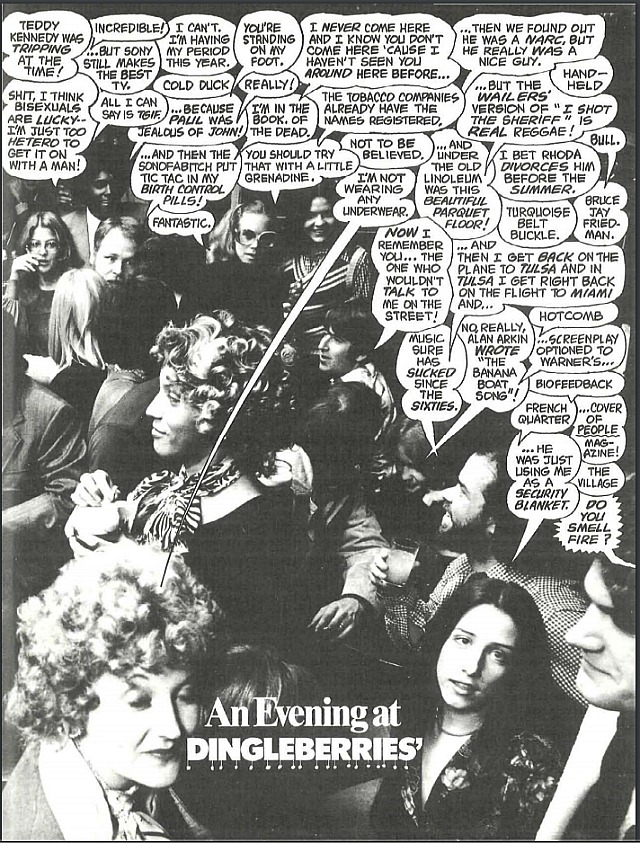