Violent, occasionally gruesome stuff happens in the novels of Cormac McCarthy, who wrote the screenplay for Ridley Scott‘s The Counselor (20th Century Fox, 10.25). He seems to have a particular passion for slicings, stranglings and the spurting of arterial blood. There’s a famous campfire scene in Blood Meridien in which a guy takes a big knife and slices off another guy’s head, just like that. Dark purple blood comes spurting out of the guy’s neck and goes hissing onto the fire. There’s that arterial splatter strangulation at the beginning of No Country For Old Men. And there’s all manner of grisly murder in The Counselor. There’a scene in the recently-published script in which Javier Bardem‘s Reiner, a drug dealer with Brian Grazer hair, talks about strangling guys with a mechanical “bolito” device [after the jump]. 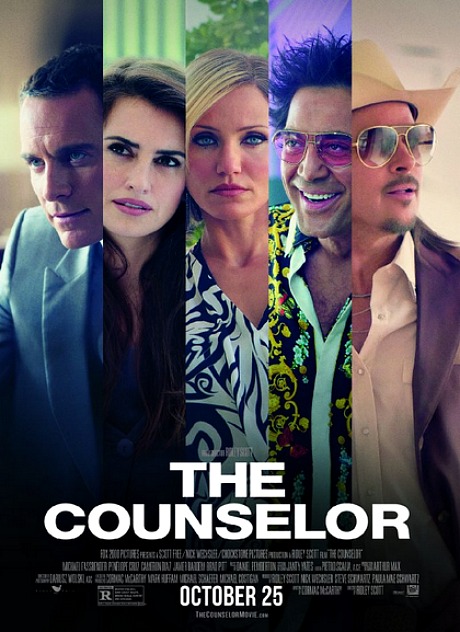 It’s odd, to say the least, when a Ridley Scott film costarring Michael Fassbender, Javier Bardem, Penelope Cruz, Cameron Diaz and Brad Pitt has no buzz only two days before it opens. That’s because very few have seen it. (The first screening of any size happens tonight in Los Angeles.) It’s a drug-dealing movie and I’ve heard a few things. I’m told that it’s very “genre-ish,” which I took as a metaphor for pulpy and mean and bloody. And that guys get dispatched in some very…uhm, memorable ways. It looks beautiful, a guy said. And it looks beautiful. Fox is obviously looking to sell the marquee names and keep the word from spreading around too much about whatever slicings and spurtings it may contain. 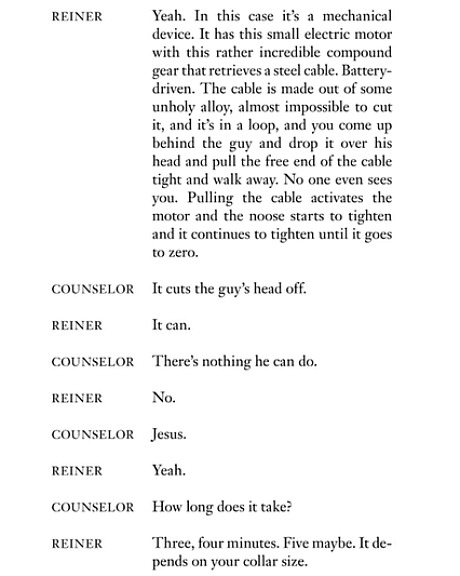 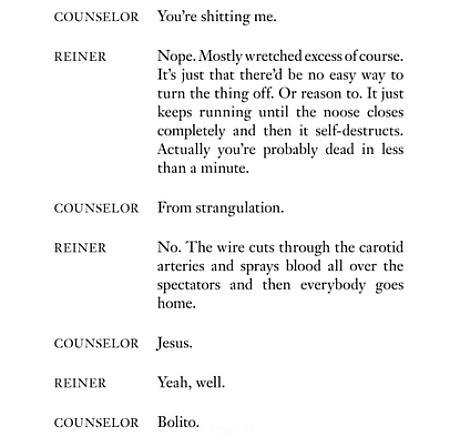