I was reminded of the soft, grainy, slightly darker look of Lady Bird after catching it last night for the second time. I had assumed after seeing it in Telluride that it’d been shot on 35mm or super 16mm, but then I read this morning that it was actually shot digitally. So I asked to speak with dp Sam Levy sometime today. Luckily and unexpectedly, we were chatting less than an hour later.

Levy shot Lady Bird with Arri Alexa Minis, he said, but with “old lenses.’ The soft, grainy look began to be formulated when Gerwig said she wanted Lady Bird “to look like a memory.” 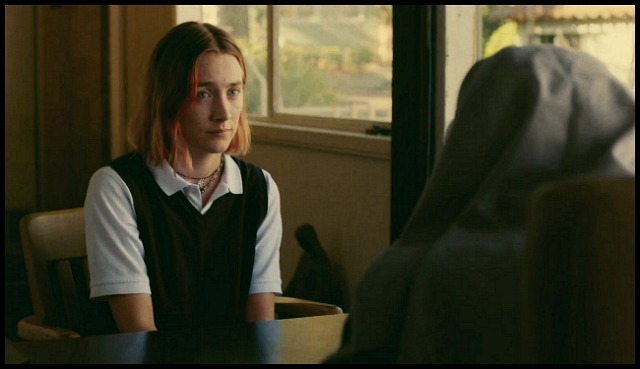 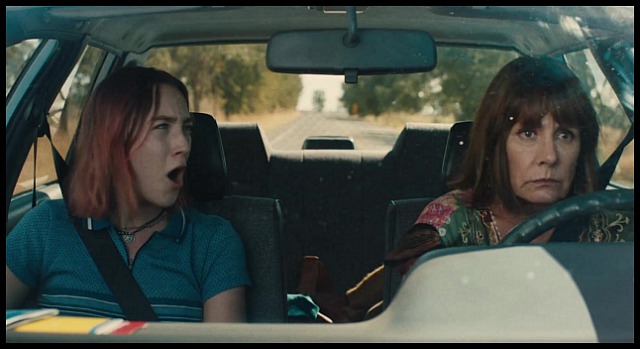 “When she said that I knew what she meant,” Levy recalls. “Not too digital or clean or super-clear. The aesthetic of memory. Not too saturated or contrasty or electronic looking. We had an instinct to shoot it digitally but employ techniques that would result in a distressed, hand-made, xerox-copies-of-color-photos feeling…we always always trying to get this generation-removed aesthetic.”

I mentioned the grainy textures, which pretty much leap out at you. “Grain is an element, part of the distressed quality of the image,” Levy said, “but it’s not the whole story. The idea was to make it look not too resolved, not too sharp.

“We were looking for a restrained, muted color palette. We shot in 2K, which has a softer, more mellow quality. But even with 2K as opposed to 4K the colors are fairly saturated and robust, and so we were looking for ways to distress the image in an organic way…reminiscent of super 16mm, but the intent was to create something of our own. It isn’t clean and correct and super-clear but is slightly removed.”

I had spoken with Levy five years ago during a Telluride party at 221 South Oak. He was there for Frances Ha, which starred Lady Bird director Greta Gerwig. Levy’s black-and-white lensing of that Noah Baumbach film had impressed me tremendously. It was shot with a digital camera (a Cannon 5D Mark 2) but reminded me of Gordon Willis‘s b & w lensing of Woody Allen’s Manhattan. Levy also shot Baumbach’s Mistress America (which also starred Gerwig) and While We’re Young. 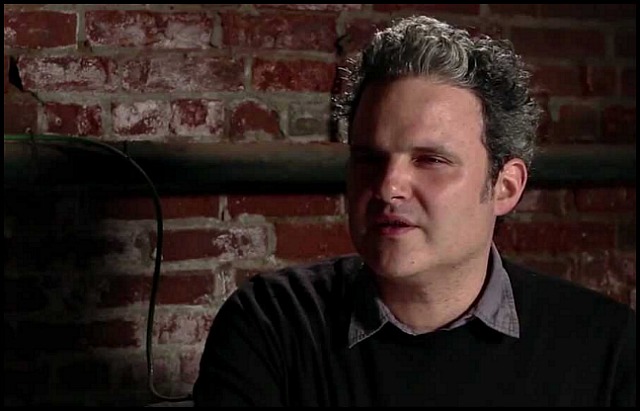