I’m sorry to say this because I like and respect former actor and longtime Stanley Kubrick assistant Leon Vitali (whom I interviewed by phone about 12 years ago and then ran into by chance at LAX three or four years later), but his testy statements about the Barry Lyndon aspect-ratio debate during yesterday’s Warner Home Video press conference in Manhattan don’t hold up to scrutiny. 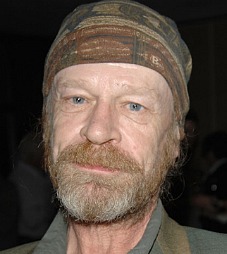 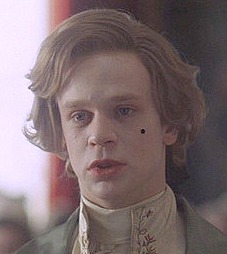 I honestly think it’s fair to say at this point that Vitali is, at best, a questionable authority regarding this matter. Because what he said doesn’t align.

Boiled down, Vitali’s remarks didn’t square with the long history of past home-video presentations of Barry Lyndon (including an earlier Kubrick Collection DVD that Vitali supervised), and they argue with Vitali’s own remarks about Kubrick’s visual preferences in shooting his films and having them seen.

Some Came Running‘s Glenn Kenny asked Vitali about the Barry Lyndon 1.66 vs. 1.78 aspect-ratio brouhaha at the Essex House gathering, and Vitali answered as follows: “Never was it ever 1.66, it wasn’t shot in 1.66, we never released it in 1.66 in any format whether it’s film or television or DVD. It was 1.77.”

Kenny then asked where the confusion might have come from, and Vitali said the debate “comes from people who think they know and weren’t there and have something to say about Stanley all the time…I was there. And you get those idiots…truly, who think they know. [adopts orotund voice] ‘Stanley was a very philosophical guy.’ I say: bullshit.”

As Bilge Ebiri pointed out in Kenny’s comment thread (and which I heartily concur with), “The original Barry Lyndon DVD and laserdisc (released during Kubrick’s lifetime) actually WERE 1.66, and do appear to contain more information in the frame.”

Furthermore, says Ebiri, Vitali “seems to even imply, when he says it wasn’t even shot in 1.66, that the negative doesn’t even have this extra information in it, which is obviously incorrect, as [any] screenshot from the DVD release can tell you.” 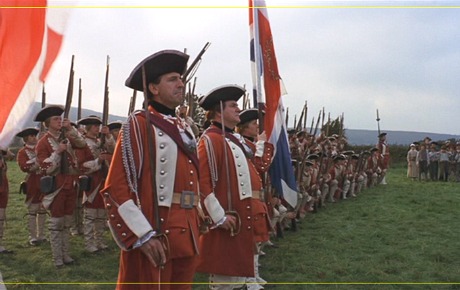 “The thing about Stanley, he was a photographer. That’s how he started. He had a still photographer’s eye. So when he composed a picture through the camera, he was setting up for what he saw through the camera — the full picture. That was very important to him. It really was. It was an instinct that never ever left him. What he wanted the videos to reflect was how he shot the film through the camera, what was on the original neg and what his composition when he was shooting it was. That’s what he wanted to reflect in his videos. He did not like 1.85:1. You lose 27% of the picture on 1.85. Stanley was a purist. This was one of the ways it was manifested.”

Vitali wasn’t just explaining to the DVD Talk interviewer why Kubrick liked “full picture” aspect ratios; he was also explaining why 1.33 versions of The Shining (’80) and Full Metal Jacket had come out on early DVD versions.

“After Barry Lyndon, more and more theaters were showing films 1.85 or in Cinemascope even if it wasn’t shot that way,” Vitali recalled. “[Stanley] had no control. He couldn’t go around every cinema and say ‘You show this film in 1.66’ as you could with Clockwork Orange, because then the projectors had a 1.66 mask. With multi-plexes things are different and so they only show a film in 1.85 or in 2.21, the Cinemascope. You know? You cannot put a mask in 1.66 as it should be for Clockwork Orange.”

So let’s get this straight: (a) In 1972 Kubrick wanted desperately for audiences to see A Clockwork Orange in 1.66, but he eventually realized he couldn’t win against exhibitors (particularly U.S. exhibitors); (b) he personally approved DVD versions of higher, boxier versions of The Shining (’80) and Full Metal Jacket (’87) when he was still alive, and (c) in 1999 he apparently approved a DVD of Barry Lyndon at 1.66 to 1.

And yet, says Vitali, Kubrick “never” wanted Barry Lyndon to be shot in 1.66 to 1, and he definitely wanted it exhibited at 1.77 to 1 — an a.r. that is all but indistinguishable from 1.85. Despite Vitali’s understanding that Kubrick “did not like” 1.85?

Does that make any sense at all to anyone? 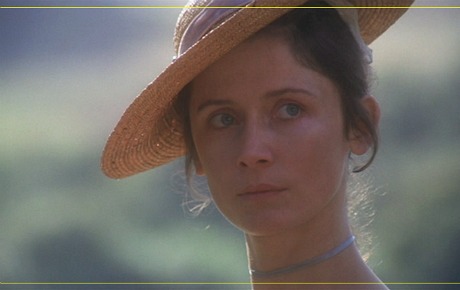 In his lament about the futility of trying to force exhibitors to show films at aspect ratios other than 1.85 to 1, Vitali also told DVD Talk that “you can’t put a 1.77 in as it should be for Barry Lyndon.”

Vitali also said to DVD Talk that Kubrick “composed his shots for 1.66…but he wouldn’t be hurt by going to 1.85 if he had to do it. From The Shining and Full Metal Jacket and Eyes Wide Shut, Stanley had marks on the camera lens so he could see…the 1.85 lines.” Obviously “if he had to” (a) serves as a companion quote to “Stanley did not like 1.85” and (b) strongly suggests that Kubrick was averse to composing for and/or projecting in this format.

Let’s go also to a respected U.K. Kubrick site called Kubrick FAQ and the contention of dp David Mullen, who writes in response to a question about the Barry Lyndon‘s a.r., to wit:

“Barry Lyndon was released theatrically in 1.66:1, even in the U.S. since Kubrick insisted on 1.66 hard mattes being sent to the various theatres showing the film (1.85 is the common ‘flat’ widescreen ratio in the U.S.).”

The final argument against Vitali’s contention that Barry Lyndon was “never” released in 1.66 in any format is, of course, the various Kubrick Collection DVDs of Barry Lyndon. Along with two previous incarnations in ’99 and ’01, the ’07 DVD was (a) mastered and issued in 1.66, and (b) Vitali, acting as consultant and aesthetic supervisor according to his late employer’s wishes, approved this aspect ratio somewhere along the line (if not initially for the ’07 then the ’01 version).

How does Leon Vitali explain this? He obviously can’t. He’s obviously…I don’t know. I hesitate to say this, but the only explanations I can imagine is that he’s desperate to rationalize a top-down decision to go with 1.78 to 1 despite empirical evidence that Kubrick was no fan of this aspect ratio, or…I can’t even guess. But it’s very weird.

Kenny also reported yesterday that “the massive Taschen book The Stanley Kubrick Archive, edited by Alison Castle and ‘made in cooperation with Jan Harlan, Christiane Kubrick and ‘The Stanley Kubrick Estate’ has a ‘Note About Aspect Ratios’ on the contents page…which lists the aspect ratio of Barry Lyndon as…1.77. Not only that, all of the frame enlargements from Lyndon contained therein are in precisely that ratio.”

Is it the contenton of Harlan, Christiane Kubrick and Alison Castle that Kubrick was in a delusional and/or delibilitated state of mind when (as I understand it) he personally approved the 1.66 transfer of Barry Lyndon for the 1999 DVD? Why didn’t he man up and say to everyone, “Okay, enough of this 1.66 crap….I’m going to set things straight once and for all by insisting on my film being mastered at 1.77 or 1.78 to 1.” Kubrick was one of the most exacting directors in motion picture history, after all. I wonder why he didn’t do that?

Even if Kubrick was dead by the time final approvals were required for the ’99 DVD and therefore didn’t technically sign off on it, why didn’t Vitali, the keeper of the flame, insist on a 1.77 aspect ratio for the ’99, ’01 and ’07 DVD versions? Well…?

At yesterday’s press conference Kenny apparently didn’t ask Vitali about the accepted doctrine belief that Kubrick wanted to simulate in Barry Lyndon the slightly taller, more boxy-ish aspect ratios of 18th Century paintings. Because if you want to go with WHV’s 1.78 Bluray revisionism you have to toss that one out the window and onto the bonfire, right?

If you accept/believe the “Kubrick wanted to simulate the shape of 18th Century paintings” inspiration and if WHV execs are really determined to justify themselves, they should send a commando team into the Louvre after-hours this weekend to slice off the tops and bottoms of those old paintings with exacto knives. So, you know, they’ll be a little closer to 1.78 to 1.

Vitali’s revisionism feels…I don’t know, weird. Orwellian, Farenheit 451-ish. Vitali and WHV are basically saying to people like me, “We know some of you share a memory of having picked and eaten red apples out of our orchard a few years ago. Well, they were not red apples. They were green pears…pears, we tell you! And anyone who says they ate apples is delusional!”

Any way you cut it Warner Home Video got it wrong. They could have easily stayed with the 1.66 a.r. from the DVDs, and they blew it off for no good reason. Maybe they wanted to satisfy the donkeys out there who don’t like looking at windowbox bars on the sides of the 1.66 image…I don’t know. But this is one of the worst calls ever made by WHV. Mr. Kubrick liked his films to be framed on the high and full side. Leon Vitali damn well knew that and therefore didn’t stand in the way of the ’99, ’01 and ’07 DVD versions running at 1.66. Then he changed his mind, or allowed it to be changed…whatever. This needs to be fixed.