Don Simpson Looks Down From Heaven

I did a little hanging and chatting with Jerry Bruckheimer in the mid to late ’90s, once on the set of Crimson Tide (’95) but mostly in the wake of his partner Don Simpson‘s death (which happened in January ’96) when “produced by Jerry Bruckheimer” meant elite, sirloin-steak guy movies like The Rock, Con Air, Enemy of the State, Armageddon, Remember the Titans, Gone in Sixty Seconds and Black Hawk Down.

Bruckheimer has been on an extremely lucrative but creatively downhill path ever since Pearl Harbor and particularly since the Pirates franchise and the National Treasure films and Kangaroo Jack, Prince of Persia, The Lone Ranger, etc. Which is why his name has become a punchline and a metaphor for putrid, family-friendly, high-concept studio crap.

I’m sure Bruckheimer, who’s as rich as Cresus, has a response all worked out when he reads or hears this stuff. I’m presuming it goes something like “nobody understands that it’s tremendously difficult to deliver first-rate, financially successful studio sludge…really, really hard. But you know what? Fuck ’em. They can laugh at me all they want, but I’m laughing as I drive to the bank.” The only thing he hasn’t rationalized or figured out is what to do when he gets older and starts feeling those Jacob Marley recriminations, which come to all men sooner or later.

Each and every person who’s decided to cop out and go for the dough and let the other stuff sort itself out has felt badly during the last stage of his life. No exceptions. They start thinking stuff like “who am I really? what has my life been about? what will my legacy be?” and so on. If Bruckheimer had been killed in a plane crash just after the release of Black Hawk Down his reputation would be secure — the guy who delivered the creme de la creme of guy films. Eleven years later that rep is sadly down the tubes. 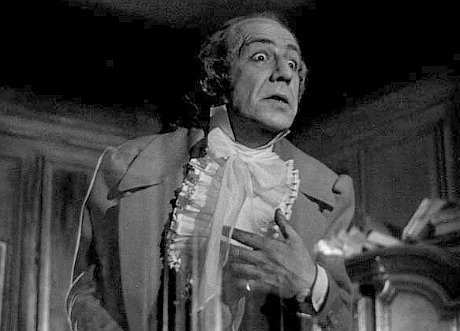