Don’t Get Too Crazy

Today’s slate includes an 11 am Money Monster screening (roughly 100 minutes from now) followed by a Cafe Society luncheon (sitdown chats with Woody Allen and cast) at Nikki Beach from 12:30 to 2 pm, or more precisely from 1 to 2 pm as Money Monster ends at 12:40 pm and then I’ll have to hike it all the way down. A little filing time will follow, and then a 4:30 pm screening of Ken Loach‘s I, Daniel Blake. 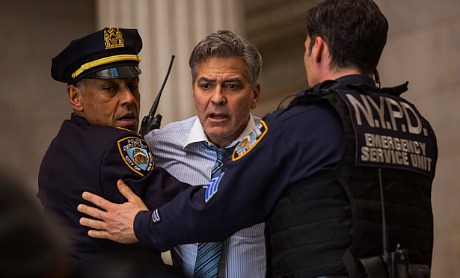 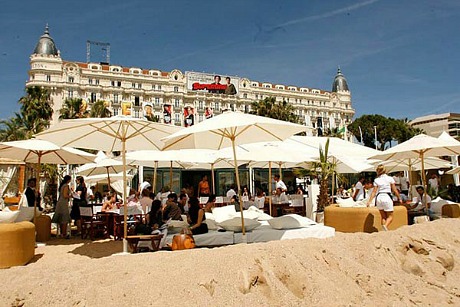 Nikki Beach, a restaurant/club on the beach in front of the Carlton Hotel.

Later tonight there’s a private screening of Mean Dreams, a Director’s Fortnight attraction, that I’d like to attend.

A few days ago I mentioned that a friend who saw Money Monster back in Los Angeles “really” liked it, and that it feeds into both the Bernie and Trump narratives. (I wasn’t aware their narratives were synonymous but whatever.) Well, I’ve spoken to another friend who’s seen it, and his view is that it rates a solid two stars out of four. Not bad, he says, but not as good as he wanted it to be.

May 12, 2016by Jeffrey Wells7 Comments
« Previous post
Big-Name Actors Tend To Have Big Heads, But It’s Okay If You Don’t
Next post »
Too Many Irritated Family Members In A Too Small Apartment, Most of Them Puffing Like Chimneys