Don’t Quite Get It

The Criterion guys are coming out with a restored high-definition digital transfer DVD of Martin Ritt‘s The Spy Who Came In From The Cold (1965). And as much as I respect and appreciate this company and their first-class efforts, my first thought when I read about this was “uhhm…what for?” 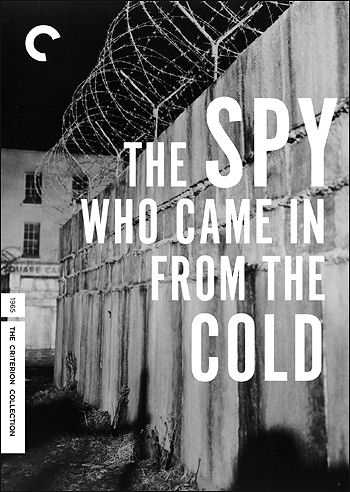 It’s not as if the existing DVD, which Paramount Home Video put out in July 2004, is anyone’s idea of poor quality or underwhelming or whatever. It allegedly suffers from dirt and scratches, but it’s never caught my attention, much less bothered me to any degree. All I knew when it came out is that the PHV DVD was a big improvement over the godawful versions that had played on the tube in decades past.
The Criterion web page for their Spy Who Came In From The Cold disc says that their “new high-definition digital transfer was created on a Spirit Datacine from a 35 mm composite fine-grain master positive,” and that “thousands of instances of dirt, debris, and scratches were removed using the MTI Digital Restoration System.” Okay…if they say so. I sound like a rube who doesn’t get it, but I know the difference between so-so and high-quality monochrome, and the Paramount DVD is a lot closer to “very good” than “good enough.” By my standards, at least.
The Criterion disc extras sound to me like the usual upscale fellatio. They include (a) new interviews with original book author John Le Carre and cinematographer Oswald Morris; (b) The Secret Center: John Le Carre (2000), a BBC documentary on the author’s extraordinary life and work; (c) Acting in the ’60s: Richard Burton, a 1967 interview with the BBC’s Kenneth Tynan examining the actor’s performances and accomplishments; (d) a gallery of set designs; (e) a theatrical trailer for the film; and (f) a booklet featuring a new essay by critic Michael Sragow and a reprinted interview with Ritt.
I may as well post an mp3 of Oscar Werner‘s summation speech to the East German tribunal, even though I’ve posted it at least once before. I love his pauses, particularly after he says “with the advantage of hindsight”; I love the way he says “quite” and his decision to use the word “grotesque” to describe an erroneous conclusion; I love the way he respectfully cautions the tribunal not to fail to appreciate the “full bestiality” of a crime committed by a rival East German agent.