My favorite features in the just-arrived Woodstock Bluray package: (1) the buckskin-covered holding box (complete with evenly-cut fringe); (2) the circular iron-on patch; and (c) a hard-cardboard replica of a three-day ticket for the August 1969 event, which cost $24. No time to watch but it’s great so far. 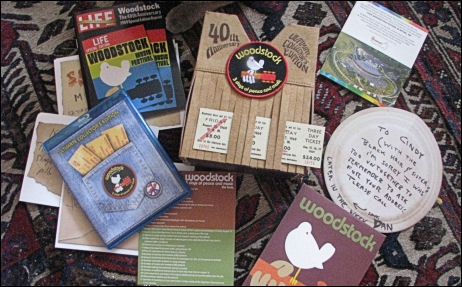