The animated 3D Up (Disney/Pixar, 5.29) is a comic adventure fable of a very high order. Even by Pixar’s high standards it’s a notch or two above the norm. Visually luscious and spunky and intriguing at every turn, it’s an amusing (i.e., somewhat funny), sometimes touching, briskly paced film that’s about…well, pretty much everything that relatively healthy, forward-thinking middle-class people care about. 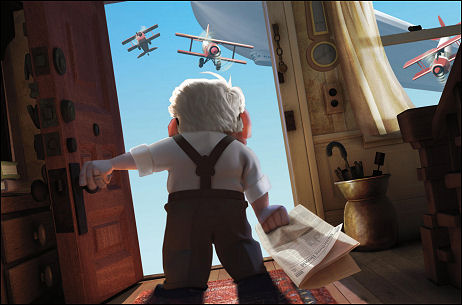 Like finding your dreams, making a family, dropping your guard, warming your heart, and standing up for your friends, for starters. As well as the finding of courage and fulfillment, the blooming of love, nurturing the past (as well as letting go of it), and embracing the now.

It revels in all this, and in a peppy, delightful and at times Chaplinesque way. (Particularly in a silent sequence that tells the story of loving marriage over the course of seventy years or so.) And without going cheap or coarse. It’s about as good as this sort of thing gets.

The story — a really cranky old guy and a cheery obese kid bond during the course of a balloon trip to a remote area in South America which holds enormous emotional significance for the old guy — is way off the ground. It’s kind of crazy-surreal in a sense, like a weird dream. It makes you wonder if director Pete Docter and co-director and screenwriter Bob Petersen get high at all, or at least used to get high. (Once you’ve turned on you never lose that stoner sensibility.)

And yet it’s a fairly square and tidy thing as the same time. It’s not meant as a putdown to say that Up is too immersed in buoyant punchiness and mainstream movie-tude, which basically boils down to Pixar’s always-front-and-center task of giving the family audience stuff to laugh at and go “oooh” and “aahh” about, to finally matter all that much. It’s too entertaining, in put it another way, to sink in all that deeply.

And yet it’s almost too good for the family market. You just know there’s a significant sector of that crowd that will be saying to each other after they see it, “What’s with the old guy? Where was the truly-over-the-top fantastical stuff? Where were the cheap junk-food highs? Why didn’t it throw in a little toilet humor to round things out? Why didn’t they go with a manic-nutso chase sequence of some kind? You know…why didn’t they thrill-ride it a bit more?” 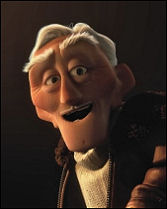 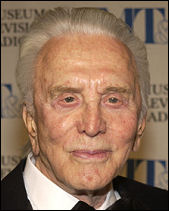 I’m not saying that people who like lowbrow entertainment talk like this (if they did they wouldn’t be lowbrow) but if they did they’d probably continue the thought by saying, “It’s not like we don’t appreciate quality-level movies but Up is almost too nutritious for us. It’s good stuff — bright, funny, lots of fun and amazing-looking — but it feels like it was made by people who went to college and eat vegetables and exercise two or three times a week, unlike us.”

Then again they might relate to it due to the lead adolescent character, Russell (voiced by Jordan Nagai), physically resembling a high percentage of American kids today. I don’t care what anyone says — I think Docter and Petersen knew this would strike a chord out there.

I sure didn’t see it as a metaphor for anything in my life, I can tell you. It’s just a high-strung story with a lot of gee-gosh stuff going on and some recognizable issues propelling the two main characters.

So what am I saying, boiled down? That it’s really quite well made and has an almost stoner sensibility in portions but may be a little too good for the lowbrows and at the same time isn’t really deep and resonant enough to penetrate with quality-cinema buffs? Something like that. I realize what I’m writing (and re-reading) may sound a bit contradictory but there it is.

The only other thought I have is that the face of an old explorer character named Charles Muntz (voiced by Christopher Plummer) seems to have been inspired by Kirk Douglas. Or at least on Douglas’s cheekbones.

Note: The title of this piece means I’m down with this film, that I’m cool with it. That’s obvious from reading the review but some might interpret it to mean, you know, “down” with it as in “off with its head.”