I saw red yesterday when the eternally generous Nick Clement (aka “Actionman”) praised Mark Robson‘s The Prize (’65). He called it “very entertaining and quite nutty…lots of fun!” Daniel Waters described it as “the silly, tonally insane, action jawdropper slash forehead-slapper of its day…my wheelhouse!”

Facebook is unfortunately crawling with too-easily-impressed fellows who praise all kinds of second- and third-rate movies. Admiration can be a terrible thing when it’s coming from the wrong kind of movie buff.

A few weeks ago I ran across a fanboy who suggested that Barbet Schroeder‘s Kiss of Death remake (’95) holds a candle to Henry Hathaway’s 1947 original with Victor Mature and Richard Widmark. Schroeder’s film actually isn’t all that bad — it’s just not in the same league as the Hathaway.

Nothing makes me feel more deflated than to hear from easy-lay aficionados about anything. People, for example, who enjoy Mark Robson‘s Von Ryan’s Express (’65), which is basically a half-hearted, run-of-the-mill, big-studio throwaway flick, more than John Frankenheimer‘s jewel-perfect, Swiss-watch-like The Train (’64) — easily one of the greatest realistic action films ever made.

Two years ago Bob Strauss had the utter temerity and gall to call Von Ryan’s Express “less boring” than The Train. God!

Posted on 1.16.19: What sane person in the year 2019 would want to watch The Prize, a piece of slick, cheesy, pseudo-swanky escapism with a James Bond-ian flourish?

Paul Newman starred as an alcoholic Nobel Prize winner in Stockholm, sipping a string of martinis as he puts the moves on Elke Sommer, and as they both get caught up in a Foreign Correspondent-type kidnapping caper. Empty, synthetic crap from start to finish.

And what about director Mark Robson? Talk about a tragic fall from grace.

A fledgling director-editor who was mentored in the 1940s by Val Lewton and Robert Wise, Robson hit his stride in 1949 when he directed the rough and gritty Champion and Home of the Brave, for producer Stanley Kramer.

Robson probably peaked with his direction of The Bridges of Toko-Ri (’54), a highly respected Korean War film with William Holden, as well as The Harder They Fall, a Budd Schulberg prize-fighter drama with Humphrey Bogart.

Robson then fell into a kind of soap-opera groove with Peyton Place (’57), The Inn of the Sixth Happiness (’58) and From The Terrace (’60). Then came the mildly approvable, moderately mediocre Lisa and Nine Hours To Rama (’63).

Later that year Robson fell off a cliff with The Prize. Then came the no-great-shakes Von Ryan’s Express (’65), a WWII actioner with Frank Sinatra.

Hoe do you go from Champion and The Bridges at Toko-Ri to Valley of the the Dolls and Daddy’s Gone A-Hunting…that’s what I want to know. 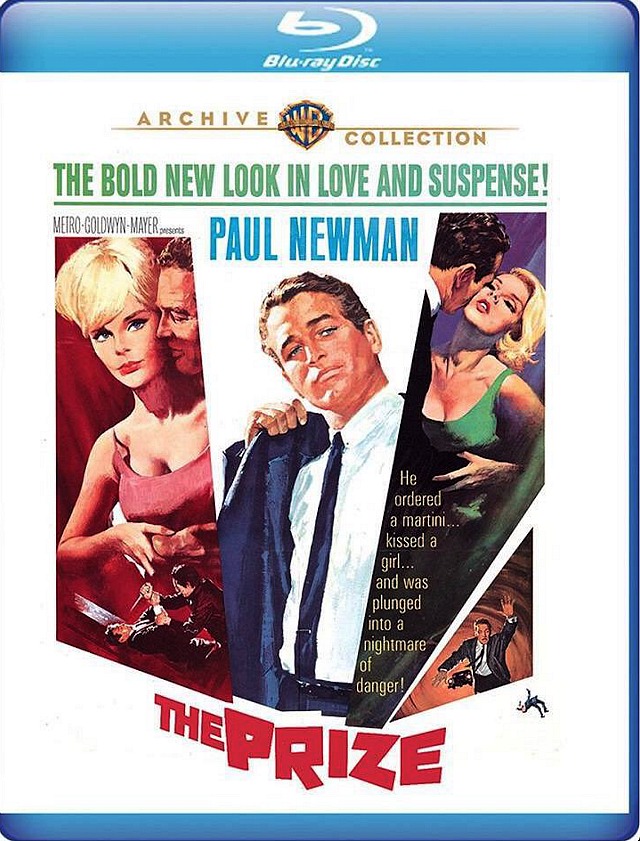