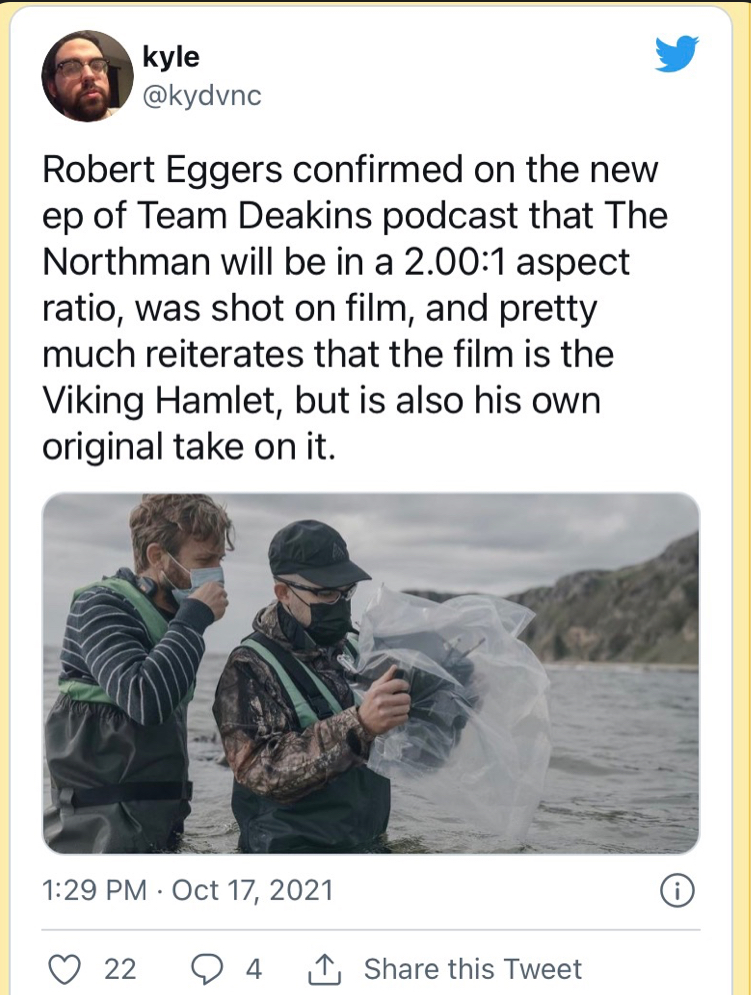 “Team Deakins sits down with director and cinematographer Robert Eggers and Jarin Blaschke (The Northman, The Lighthouse, The Witch). Robert and Jarin discuss their shared love of golden-age fairy tale illustrations, the funny story behind the start of their collaboration, and the meticulous planning that went into making The Lighthouse.

“We learn how Robert transitioned from working in the art department on New York independent films to directing The Witch. Robert and Jarin talk about what it was like to work with Robert Pattinson and Willem Dafoe, how they chose aspect ratio for The Lighthouse, how shooting for historical accuracy removes choices, and how films are about editing down not about creation.”