My latest tally of Hollywood-funded Iraq-Afghanistan movies — narratives, not docs — comes to eight. Well, nine if you count Peter Berg‘s The Kingdom, which is set in Riyahd. (There may be others I’m missing.) All but one look like chocolate sundaes to me — dramas about things harsh and seething and generating impact waves as we speak. 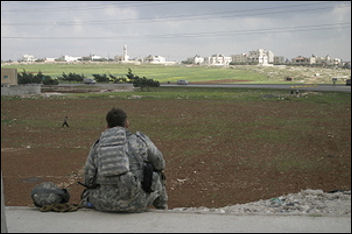 Great rivers of hurt are flowing through these two countries right now (God help the people caught up in it), and this, obviously, is where the dramatic raw material of our time is coming from. But who’s interested and who’s allergic? Some of these films may have “possible hit” or “potential award quality” stamped on their foreheads, but I’m wondering what the general attitude is among paying moviegoers.
Not long ago I spoke to a big-time journo who thinks without question that very few people want to plunk down $10 bucks to “go” to Iraq or Afghanistan, so to speak, and that the commercial prospects for these films don’t appear to be all that great as a result. I’m not so sure. Most people take movies as they come. I’m hoping in any case to get a sense of this from HE readers. Not so much what they them- selves feel about Middle East conflict dramas but what their friends, co-workers and family members may be saying, if anything.
Four of these films are about the Iraq War — Paul Haggis‘s In The Valley of Elah (although very little of this moralistic murder-mystery is actually set in Iraq), Brian de Palma‘s Redacted (a you-are-there combat film, due in early ’08), Kathryn Bigelow‘s The Hurt Locker (ditto, just starting to shoot) and Paul Greengrass‘s forthcoming Imperial Life in the Emerald City (shooting later this year), based on the book of the same name by Rajiv Chandrasekaran.
And four are about Afghanistan past or present — Marc Forster‘s The Kite Runner (DreamWorks, 11.2), Robert Redford‘s Lions for Lambs (United Artists, 11.9), Mike Nichols‘ Charlie Wilson’s War (Universal, 12.25) and Oliver Stone‘s Jawbreaker, which is being developed with an idea to possibly shoot next year. 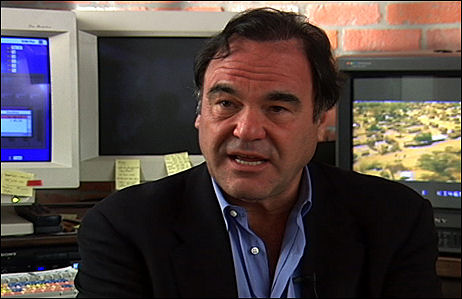 I guess I’m just trying to reconcile my own keen interest in seeing these films — even The Kite Runner looks half-promising, given the source material — and this idea that “people out there” not only don’t share my enthusiasm, and may even be looking to flat-out avoid them. Is this the case? If so, why? If not, why?
I think all the neg-head talk was triggered by the failure of A Mighty Heart, but that film went down because nobody wanted to see a film about an American journalist getting his head cut off by terrorists,.