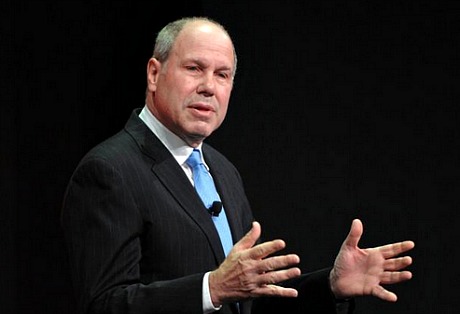 Eisner was basically saying that beautiful women are less likely to be schooled by hard knocks than less-beautiful ones. Is it sexist to say that highly attractive people tend to have it a little easier in life? Well, it’s not.

Megan Ellison is an exception to Eisner’s rule because she obviously could have sat on her Oracle assets and become a kind of Paris Hilton, so naturally she’s offended at the idea of privilege being a hindrance to inner development. The fact that Julia Louis-Dreyfus is a first-rate comedian despite having been born into tremendous wealth is another exception to the rule. But again, Eisner was addressing the notion of Rahshaan Roland Kirk‘s “invisible whip” as it applies to female comedians, and what he was saying, essentially, is that everyone would be surprised if a woman came along who had a mind and a mouth like Amy Schumer‘s but the face and bod of a Kate Upton.

Eisner can’t win this one, of course, because he’s insulted every female comedian on the face of the planet, but what he said he wasn’t totally crazy.