“Like Dylan, Jagger or the Band, Leonardo DiCaprio is working himself into a sweat to seduce us — on one level because that’s just what Belfort did to his cronies and victims; on another because he wants our respect and awe, if not our love or affection,” writes Film Comment‘s Max Nelson in a Wolf of Wall Street piece. 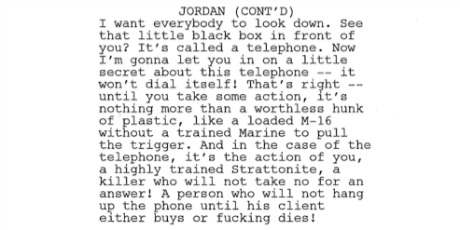 “In this respect, the key scene is Belfort’s extended motivational speech to the office near the film’s halfway point. It’s a masterful piece of rhetoric, with DiCaprio assuming a role somewhere between a hellfire Baptist preacher and a general gearing his troops up for battle. By the end, he has his listeners standing on desks thumping their chests and chanting rhythmically, like the crowd at a rock concert or the new converts at a camp meeting.” 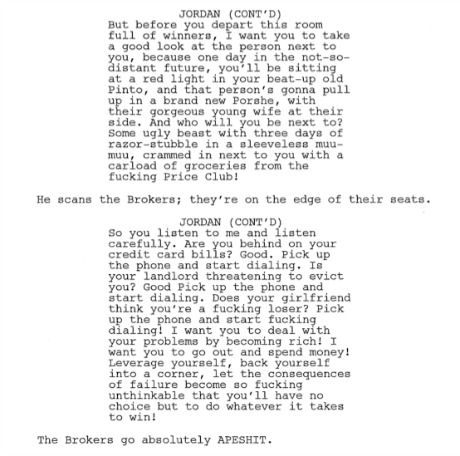 “Still, however understandable the crowd’s response might be (it’s a hell of a speech), there’s a limit to how much we can identify with these frenzied white-collar salesmen. The turning point doesn’t come until the movie’s final shot, in which we find ourselves face-to-face with an audience from which we can’t so easily distance ourselves. If only for a moment, the screen becomes a mirror.”