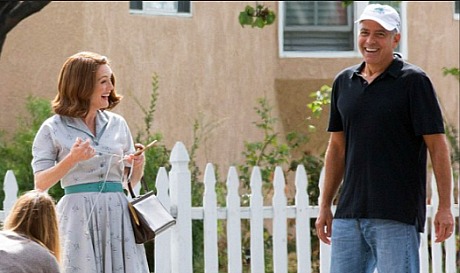 The only head-scratcher in the guy’s account is that reported Suburbicon costar Josh Brolin doesn’t appear in the film…”Not a single frame,” he says.

“Despite being pillars of the Suburbicon Community, the Lodge family’s lives are turned upside down when a home invasion gone wrong is responsible for the shocking death of little Nicky Lodge’s mother. An unlikely and highly suspicious series of events consumes the Lodge household as the family descends deeper into a web of betrayal, adultery and blackmail. Following his mother’s death, young Nicky attempts to make sense of the strange and selfish machinations of the adults that surround him. This curiosity threatens his father’s attempts at a new family order. All the while, the chaos unraveling inside the Lodge family home goes unnoticed as the town works itself into a riotous mob in response to the first black family moving into the home right next door…” 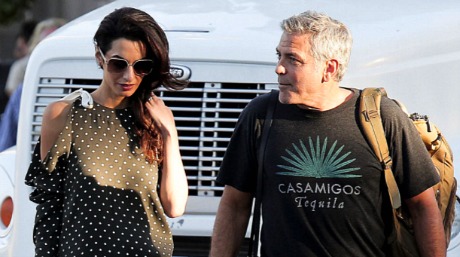 The Clooneys (Amal and George) on-set.