There’s more than a sense of unease in theatres across the land this summer. It’s something like mild panic, and is based upon fears that the “slump” affecting ticket sales this summer isn’t a slump but something more fundamental.
I’m not saying anything new here, but stories about the months-long slump keep coming and the authors keep missing the overall picture. The issue isn’t that movie attendance is “soft” this summer. The issue is that the fundamental idea of going out to the movies is losing its hold on the film-going populace. And I may be way behind the curve in using the word “losing.”

Certain industry-watchers are in denial about this (and you know who I mean), but there’s no hiding from this any longer: we’re experiencing a seismic shift in attitudes about how, when and where to get our entertainment fix.
It’s not a welcome thing to consider, but the hard fact is that the good old “let’s go to the movies so we can have fun and have something to talk about later over drinks” option is starting to slip down the pole a bit.
Seeing movies in theatres is being slowly de-popularized and retired by different demos for different reasons. I’m calling it the Big Fade.
< ?php include ('/home/hollyw9/public_html/wired'); ?>
The fade is on because the movie-going experience costs too much, which is happening because greedy actors and their agents have pushed their fees into the upper stratosphere. The higher the fees, the bigger the budgets…which in turn has forced studio-based producers to back away from making adult-friendly middlebrow movies and concentrate more and more on theme-park movies, which has pushed away the adults.
The fade is on because everyone knows this weekend’s movies will be in DVD stores in four to six months (if not sooner), so what’s the rush? For people like myself going to a new film in a theatre (especially a really good one) is an essential habit, but for more and more people the urge to see movies as soon as they’re released is not what it used to be. 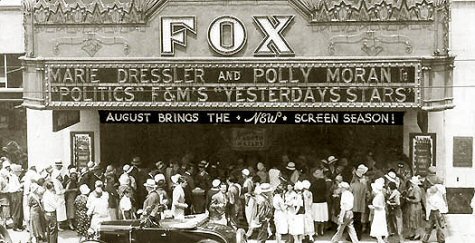 The fade is on because kids (and you’ve heard this a million times) have all kinds of entertainment options at their disposal — video games, DVD watchings, online diversions, illegal movie downloads — and a lot of them are cheaper than going to movies in theatres.
The fade is on because older people don’t like the prices and having to listen to bozos talk during the movie, along with those laughably absurd prices for popcorn and cokes and having to sit through those awful TV ads.
The fade is on because paying $30 or $35 (minimum) to take yourself and a date to see Mr. and Mrs. Smith, a totally rancid hell-movie you’ll barely want to rent when it hits DVD next November or December, is a repugnant joke.

I’m told that Steven Soderbergh’s Che, which has been delayed and delayed and delayed, will finally roll film in Bolivia five months from now (i.e., December), with Benicio del Toro playing the legendary revolutionary Ernesto “Che” Guevara.
When I called to double-check Wednesday morning my guy wasn’t there and he didn’t call back, so check back Thursday for the final confirm.
The script by Soderbergh, Terrence Malick and Benjamin van der Veen isn’t about the Cuban period or any of the triumphs of Guevara’s life, but will focus entirely on the last failed chapter in his life, which was about trying to ignite a violent insurgency in Bolivia.
Guevara’s efforts in this regard resulted in his capture and execution by Bolivian authorities in 1967. 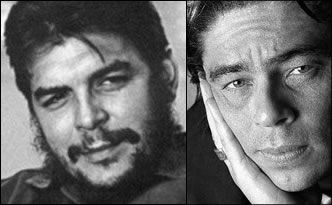 In other words, I’m hearing that Che (which I can’t seem to find a script of) will be the spiritual and political opposite of Walter Salles’ The Motorycycle Diaries, which was about youth and adventure and the birth of Che’s political conscience.
It will be about the end of the road…about death and pushing it too far…about falling out of touch and running out of gas…about manic political thinking taking over everything.
I’ve still no idea whether Soderbergh will shoot the film in English (which would be ghastly…a Richard Fleischer idea!) or in Spanish, or perhaps in both languages to assuage the fears of distributors about alienating both the English- and Spanish-speaking audiences for the film.
The dual-language option seems like the only way to go. It would seem fraudulent for the same director who shot those great Spanish-language sequences in Traffic to film the life of Guevara with various actors speaking in Spanish-inflected English…no? 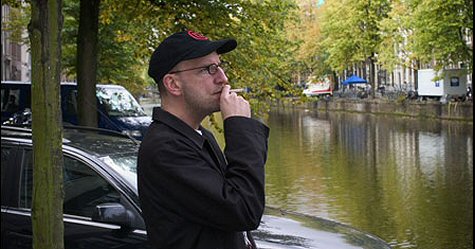 Steven Soderbergh, presumably during filming of Ocean’s 12 in Amsterdam.

If Fred Zinneman could shoot two takes of every scene in his 1955 film of Oklahoma! (one in 35mm Scope and another in 70mm Todd-AO), Soderbergh can certainly handle a similar discipline.
Soderbergh’s most recent film is Bubble, an under-the-wire Section Eight production about the “residents of a small Ohio town unraveling a murder mystery” (per the IMDB). He’ll presumably start pre-production on Che sometime in September.

Ernest Lehman, who died Saturday at age 89, wrote a lot of first-rate screenplays, including the ones for Sweet Smell of Success, Who’s Afraid of Virginia Woolf and Somebody Up There Likes Me. But for me, he’ll always be the North by Northwest guy.
I have enjoyed the dialogue from this Alfred Hitchcock film all my life. All right, some of it feels a bit clunky and cornball-y at times, but I’ve always loved the way the actors — Cary Grant, James Mason, Martin Landau, Jesse Royce Landis, Leo G. Carroll — make it work by finessing it just so. 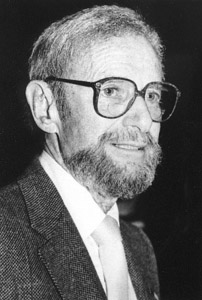 If you’re as into this film as I am, you’ll enjoy reading Lehman’s original script. You should also give a listen to Lehman’s commentary track on the North by Northwest DVD.
I’ve always enjoyed the constant references made to Grant’s (i.e, Roger Thornhill’s) acting within the film. His always being asked to play a part, and being told he’s either doing it well or not well enough. As in this scene with Mason’s Phillip Van Damm…


THORNHILL
Not that I mind a slight case of abduction now and then, but I have tickets to the theatre this evening, and to a show I was looking forward to. And I get…well, kind of unreasonable about things like that.

VAN DAMM
With such expert play acting you make this very room a theatre.
And this one in the Chicago auction room….

The famous R.O.T. matchbook containing a scrawled message (“They’re on to you — I’m in you room”) being inspected by Eva Marie Saint under the watchful eyes of James Mason and Martin Landau.
VAN DAMM
Has anyone ever told you that you overplay your various roles rather severely, Mr. Kaplan? First you’re the outraged Madison Avenue man who claims he’s been mistaken for someone else. Then you play a fugitive from justice, supposedly trying to clear his name of a crime he knows he didn’t commit. And now you play the peevish lover, stunned by jealousy and betrayal. It seems to me you fellows could stand a little less training from the FBI and a little more from the Actor’s Studio.

THORNHILL
Apparently the only performance that will satisfy you is when I play dead.

VAN DAMM
Your very next role. You’ll be quite convincing, I assure you.
For some reason the following is my favorite Northwest exchange. It never makes any sense trying to explain these things – some lines just do it for you. Thornhill and his mother (Landis) are “hotel-breaking” inside the Plaza, and he goes into the bathroom to inspect the toiletries used by the fictitious “George Kaplan.”

THORNHILL
Bulletin. [A bathroom product of the `50s.] Kaplan has dandruff.

MOTHER
In that case, I think we should leave. 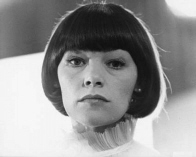 No one has pointed out the one big problem with Luc Jacquet’s March of the Penguins (Warner Independent). The Emperor penguins are cute and likable, etc., but the movie is oppressively boring after 45 minutes or so because the birds spend way too much time walking in caravans.
The females go diving for fish at one point and the males spend weeks and weeks huddling against the blizzard with penguin eggs between their legs, but mostly they just walk and walk and walk and walk and walk and walk and walk.
The reason they do this is because their mating, birthing and feeding patterns are irrational and rather dumb. I’m speaking specifically of the birds’ decision to annually march 100 kilometers from their feeding grounds near the sea to their nesting grounds. All of the penguin lunacy flows from this one thing. 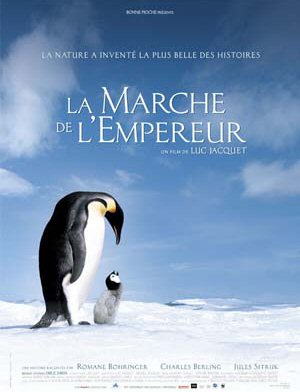 Why march 100 kilometers to lay eggs? Antarctica is cold all over and full of snow and mountains everywhere you look, so what’s the difference where you lay the eggs as long as the chicks have a decent chance of being protected?
Why don’t the penguins lay the eggs closer to the sea so the females don’t have to walk 100 kilometers to catch fish for their young, and the males don’t have to tough it out for weeks with the eggs between their legs? You’d have to be insane to live anywhere except near the water because (hello?) that’s where the fish are and who needs all that relentless trudging around?
With other animal docs you can always figure out why lions do they do what they do, or elephants or hippos or beavers or whatever. There’s a certain natural logic to their game of survival. But not with the emperor penguins.
Why, then, are so many people going to this film and telling their friends about it? Why have so many critics given it a pass? Because cute animals always slide. Way of the world. 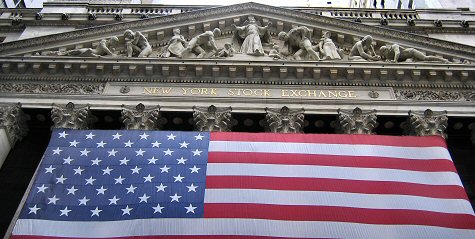 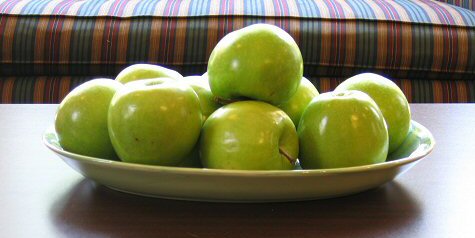 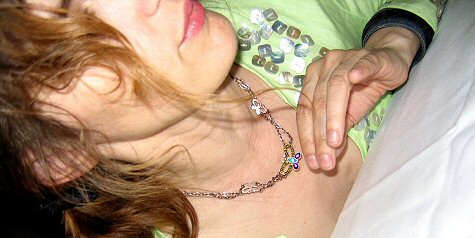 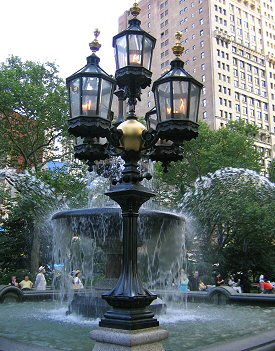 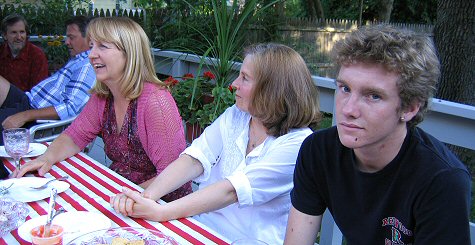 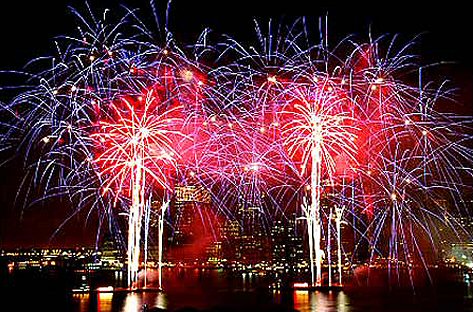 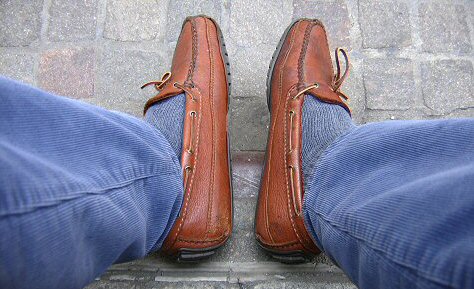 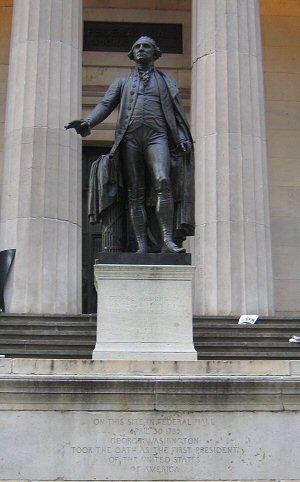 July 6, 2005by Jeffrey Wells899 Comments
« Previous post
Another way of boosting theatre
Next post »
Forget the talk that Cruise’s