Long Is The Road, And Hard

I’m a total fool for Zero Dark Thirty and a fan of Mark Boal‘s original screenplay. I’ve seen the movie five or six times and have read the published screenplay, and there’s no question in my mind that Boal deserves and should win the Best Original Screenplay Oscar. Last night I began thinking about the competition and I honestly don’t see how anyone can come to a different conclusion. Really. 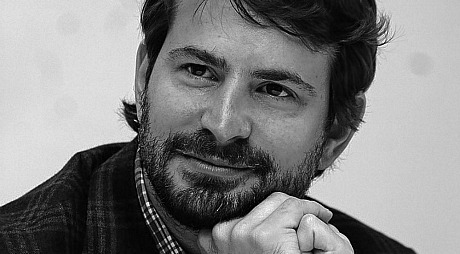 There are only two real choices among the Best Original Screenplay nominees: Boal’s ZD30 and Amour‘s Michael Haneke.

It’s a tribute to Haneke’s film that it feels at once like a naturalistic horror film and a love story combined, but also that it doesn’t feel “written” as much carefully inhabited, framed, edited, scored and performed. It’s less of a script than a haunting visit to a place I never want to go…”in a world where people are old and senility and strokes threaten every waking moment.” It feels like more of a coordinated directing and acting and pigeon-wrangling effort than one measured or defined by lines and scenes…no offense.

I’ve personally had it with Quentin Tarantino‘s “ironic exploitation of grindhouse tropes” routine so I have no respect or allegiance for his Django Unchained screenplay. I admire and respect John Gatins‘ Flight script, but I frankly didn’t care for the ending (Denzel’s pilot, whom I was rooting for, should have lied to the committee and then quit boozing) And Wes Anderson and Roman Coppola‘s Moonrise Kingdom screenplay is refined and wise and tender, but I really think it’s time for Wes to abandon Kidville and start writing movies about guys in their 30s who drink bourbon and read Chuck Klosterman and ride motorcycles.

So it really has to be Boal. The arduous work plus the finished film plus the difficulty of researching and writing it plus the Senate Intelligence Committee investigation and the need to push back on that…there’s really no other choice.

“Merging film with newsy topics…is primarily a matter of balancing the fact-finding with the story-telling to avoid stepping on the obvious landmines,” Boal said in a “Written By” article a few months back. “You don’t want to play fast and loose with history, ever, and yet you don’t want themes to overshadow private emotions. And you don’t want the social to be bigger than the self. Stories about the real world, perhaps more than other types of narrative, lend themselves, I think, to dissolving those dualisms in the crucible of drama.”

The evolution of Zero Dark Thirty obviously began 11 and 1/2 years ago with 9/11. In 2007 Boal began serious research into the “where is Bin Laden?” situation, and it continued into ’09. He interviewed various CIA and special forces guys, and optioned a book. His first failed attempt to produce a “Hunt for Bin Laden” film happened in 2009 . He pitched studios and indies. No takers, all passes

After the Hurt Locker Best Picture Oscar win in 2010 Boal made his second failed attempt to pitch a Bin Laden movie, making the rounds, pitching to financiers — no deals. He took a break, tried writing a studio action script — Triple Frontier — which was hot for awhile but didn’t pan out. Boal went back to Bin Laden.

He made a third attempt at pitching the property (which at that time was about not finding Bin Laden, remember) and finally found success in January 2011 when producer Megan Ellison said okay. And then Osama Bin Laden was killed in May 2011. Which required a major page-one rewrite, on spec, taking about eight or nine months. At the end of the road Sony said yes.

During the shooting of ZD30 there were constant on-set rewrites. Two or three new pages every day. 100 speaking parts. Very complex structure.

During this time Boal was under investigation from the Republicans claiming that ZD30 would be a pro-Obama infomercial. One result is that Boal’s sources were temporarily scared off. I’m told he was constantly on the phone with lawyers during shooting. The legal bills must have been insane.

One point of pride is that nobody got hurt during filming. From a security standpoint ZD30 was a nightmare. Boal never played that card in any Oscar interview but there were real threats, I’m told.

Another is that Boal has ample reason to feel proud of the writing, performance, and the mise-en-scene stuff, which were all shaped and served by director Kathryn Bigelow.

And I’m sure Boal sleeps okay knowing that he kept everyone’s identity secret and didn’t do the cheap thing and exploit what he knows. No details whatsoever, for example, about the real Maya. Boal could have picked up some serious media-horsepower if he’d shared some of that, but he didn’t.

And never once, not even to answer all the charges that were brought against this film, did Boal cough up real information and real sources in order to save his ass or sweeten his rep with Academy voters. I’ll bet serious money that Boal knows stuff that would make Senators Dianne Feinstein, John McCain and Carl Levin spit up their coffee…but doing so would have then cost some good people (including, I gather, one or two in the White House) their careers.

Perhaps it’s time to review stories of other films that survived choppy waters. Gillo Pointecorvo‘s Battle of Algiers wasn’t released in France until five years later. Apocalypse Now was hit with controversy all through production. Ditto Clockwork Orange. Nobody every went after All The President’s Men, which was basically a fiction. (Mark Felt never said “follow the money”) And yet the stories about the extremely difficult and fractious writing of the screenplay so bothered Willliam Goldman he never wrote another topical movie.