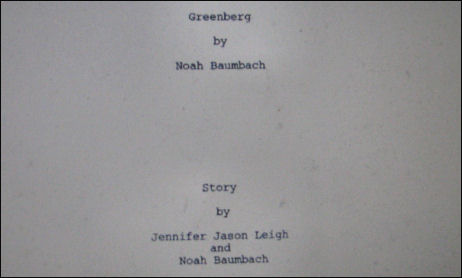 The wrinkle is that the Focus release refers to “an untitled film” instead of Greenberg, which most likely means (a) there’s some kind of title-rights issue going on or (b) somebody at Focus is afraid that Greenberg sounds too ethnic and has persuaded the top creatives (Baumbach, producer Scott Rudin , Baumbach’s wife-collaborator-costar Jennifer Jason Leigh) to give the title another think-through. Well…what else could it be?

If it’s an ethnic concern (and I say “if”) I can half-see the point. You don’t want to go too Jewish or too black or too ethnic-anything when it comes to a movie title that’s looking to rope in the mall crowd.

Would My Big Fat Greek Wedding have been as big a hit if it had been called The Coarse Wedding of Toula Portokalos? Instead of going with Bananas director-star Woody Allen could have called his 1971 comedy Mellish, after the film’s lead character Fielding Mellish — but would it have sold as many tickets? And the 1969 film adaptation of Phillip Roth‘s Goodbye Columbus could have been called Klugman after Richard Benjamin‘s lead character — but c’mon, which is the better title? 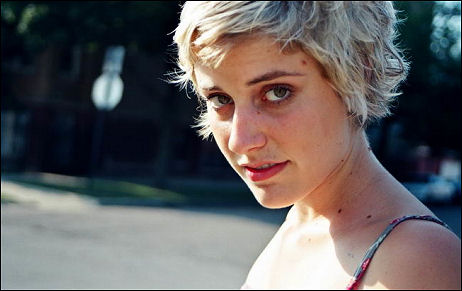 Baumbach has authored the original screenplay from a story created by Leigh and himself. It’s basically about a guy named Roger Greenberg (Stiller) housesitting at his brother’s home in Los Angeles, and striking up a relationship with his brother’s assistant Florence (Gerwig), who’s an aspiring singer. Leigh will costar along with Rhys Ifans, Mark Duplass (another mumblecore guy whose last mumblecore film was Humpday), Brie Larson (United States of Tara), and Juno Temple (Atonement).