This is a non-movie story, and if that’s not to your liking, tough. A Catholic service is being held for my recently deceased sister Laura on Tuesday, 3.15, in Southport, Connecticut. I can’t be there so I decided to write a little remembrance, which somebody will hopefully read to the congregation. I tapped it out this morning: 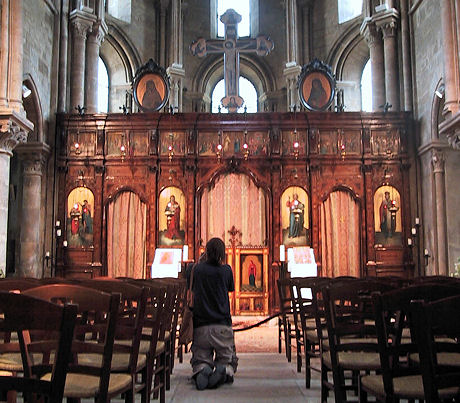 When she was young, before her mid-teen years, my sister Laura was very much in the game. She had a high IQ — higher than mine, I recently learned — and was quick and alert. She told and got jokes, and was animated, energetic, playful and full of pep. She had a wonderful laugh and had, until the end of her life, the most beautiful smile I’ve ever seen.
As a young girl she was sometimes feisty and scrappy. One of my vivid early memories is coming home from elementary school one afternoon (I was in the first or second grade) and telling my mother, who was lying on her bed, about something good that had happened — a good grade, a pat on the back from my teacher, something along these lines — and Laura, who was standing next to my mother’s bed, saying, “So what?”
My mother rebuked her, angrily, but what Laura said was the mark of a sharp, spunky, intelligent and competitive person. She’d listened to my classroom story and decided it was unexciting or unremarkable or inane, and, consistent with the nature of all young siblings who want to put their sisters or brothers in their place, instantly voiced a disapproving judgment.
I was never as close to Laura, then or later in life, as was Tony, our younger brother, but I’ve never forgotten this impression of her — a girl who had opinions and gumption and intelligent judgment to spare, and who gave as good as she got.
Sadly, that side of Laura never matured, much less developed. She became afflicted in her mid-teen years with schizophrenia and never left the ground, much less spread her wings. Most of her life, sadly, was about coping, about holding on as best she could and getting by with a measure of dignity. She lived in her heart and her mind, but not, truth be told, very much in the present.
A few days ago I heard a writer or journalist of some distinction (I forget his name) say that Ireland wasn’t about the present or the future, but about the past, over and over. As she got older, that was Laura through and through.
She was occasionally a scrappy, sometimes contentious person, but she was mostly quiet and gentle and meditative. She had a good heart, which is to say a better heart than mine. She cared deeply about spiritual matters, and one aspect of this is that she became a Catholic, as I recall, sometime near the start of this century. Her day-to-day life was about what she could do within the margins of her affliction, a cruel hand that was dealt to her at birth, but her inner life was sometimes enormous and deep and radiant.
Laura and I shared a trip to Europe in the early summer of ’03. I picked her up at Nice Airport during the closing days of the Cannes Film Festival. The next day Laura came to a screening with me of Clint Eastwood‘s Mystic River, which showed at the Grand Palais. The next day we rented a car and drove east and southeast into Italy, and then to a small town in Tuscany called San Donato. The proprietor of the b & b where Laura and I stayed for two or three nights is a woman named Elisa Prati, who chatted with Laura a lot and loved her company. In the years since (I’ve written Elisa often and stayed there last year with my son, Jett), she has asked me how Laura is, and has said more than once what a beautiful person she is.
During our stay in San Donato Laura and I went to an outdoor backyard dinner — about 8 in the evening — at the home of an Italian chef named Matthias Pommer. There were six or seven of us, and candles on the table and the sound of crickets and a wonderful earthy aroma from the nearby vineyards. That moment was probably the most peaceful and settled and serene of our entire Italian visit.
For the truth is that Laura, despite the wonder of our being in Italy and experiencing all these new sights and flavors and absorbing all that culture and history, spent about a quarter of her time there — our time in the car mostly — going over her problems and unresolved feelings about her life, mostly about things that had been hurtful or gone wrong for her in her teens and 20s
The second best moment — or perhaps the best moment of all — happened in Rome, when Laura was sitting behind me on a dark blue scooter as we drove all through the city, sometimes getting lost but eventually finding our way, zooming around the Collisseum and through the Villa Borghese and all the campos and piazzas. As we started out I remember speeding along the main throroughfare that ran along the Tiber river, and hearing Laura going “woo!” as we went under a bridge.
We stayed on that road for two or three miles, and then we turned left on a bridge and crossed over the Tiber and turned left again to head back to the center of the city. And all of a sudden we saw Vatican City on our right and Laura said, “Jeff, Jeff…the Vatican! There’s St. Peter’s!” I pulled over and we decided then and there that Laura would visit the Vatican and the Sistine Chapel on her own and that I would return to pick her up at this very spot, three hours later. And she took off on foot and I pulled back into traffic.
As I rode along I smiled about the reemergence of the old Laura. A sharp, spunky, intelligent woman who’d seen the Vatican out of the corner of her eye and decided right then and there. A woman of gumption, vision and intelligence who knew what she wanted, made a quick judgment for the better, and who gave back to Rome as good as she got.