Even If It Takes A Lifetime…

Last night I caught Frank Marshall‘s How Can You Mend A Broken Heart? (HBO), the 111-minute Bee Gees doc. It’s a kick and a ride…always interesting, finely crafted…a deep-drill exploration slash celebration of the Brothers Gibb and their whitewater journey through the bruising rapids of ’60s and ’70s pop progression invention.

The BeeGees were all but drummed out of the business in the wake of the anti-disco backlash of ’79 and ’80 (one of my proudest all-time possessions was a black, Euro-style “Death to Disco” T-shirt) but they were fairly awesome in their spotty, in-and-out, up-and-down fashion.

I became a fan with ’67’s “New York Mining Disaster 1941” and “To Love Somebody,” and stayed on through “Lonely Days, Lonely Nights” (’70). Then I dropped out for a bit (or they dropped out rather), and then we reconnected with Main Course, their 1975 album that included “Jive Talkin'” and “Nights on Broadway.”

Marshall’s direction of the doc is sharp and fleet and comprehensive…the doc does almost everything you want it do and more, but that “almost” constitutes a major asterisk.

I’m referring to the fact that the voice and vantage point of 74 year-old Barry Gibb, the only surviving brother of the original trio (Maurice passed in ’03, Robin in ’12), is the dominant factor. The doc could (and perhaps should) have been titled Barry’s Story, As Told to Frank Marshall.

And so the constant friction between Barry and Robin, both personally and professionally over four or five decades, is downplayed. And, as I mentioned last Friday, the the big-screen debacle that was Sgt. Pepper’s Lonely Hearts Club Band, the 1978 musical fantasy that starred the Brothers Gibb, is completely omitted. Because Barry said so.

For a doc that’s earned your trust and admiration for not hedging or playing games, the refusal to deal with this catastrophe iis like…what?

And yet the doc doesn’t shy away from the anti-disco thing, which was also ruinous for the group because of the Fever association. As long as Marshall and Gibb are allowing that ’78, ’79 and early ’80 ushered in the dark times, why not simply acknowledge the Sgt. Pepper calamity? So strange. 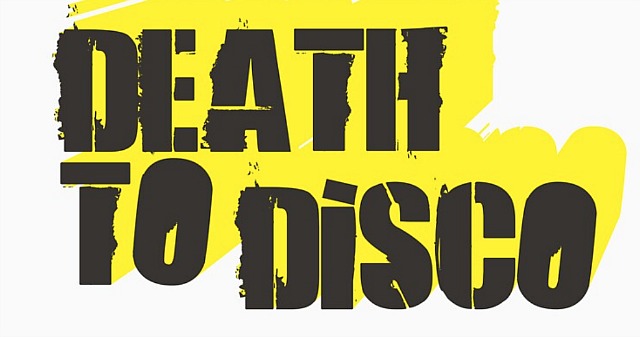 I’m especially glad for last night’s viewing because I hadn’t listened to “Nights on Broadway” for decades. I fell for it all over again.

I love the story about how the song, recorded in Miami, was originally called “Lights on Broadway”, and how Atlantic Records Ahmet Ertegun, upon hearing this early version, told them “no way guys…the song has to allude to wild nocturnal behavior and great sex and toots of cocaine.” And so “Lights” became “Nights.” And then Barry added some falsetto for the chorus, and suddenly they had this whole falsetto thing going, which became their signature.

The doc’s final line — Barry telling Frank that he would trade all the hits if his brothers could somehow return from the great beyond — is touching, and it feels right to end the film on this note. But I don’t think Barry honestly meant it. I think he just said it because it was in his aging heart at the moment, but serious, major-league artists almost never “nice” and “gentle” their way into fame and fortune. They make it to the top because of a burning drive and hunger, and the tension and turbulence that went along with that…it’s all part of the same package, the same psychological soup.