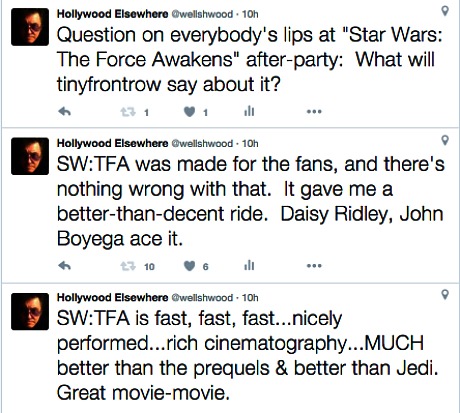 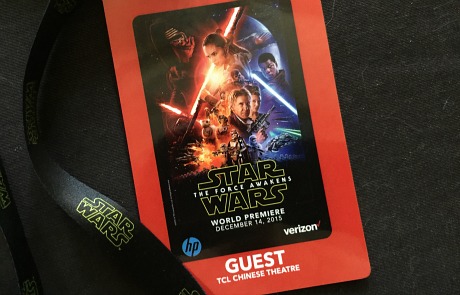 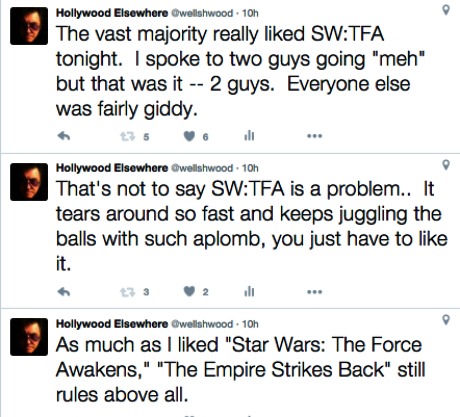 Original headline: Everyone Has A Star Wars Pocket In Their Head. A Warm Alpha Place, I Mean. The Prequels Came Close To Poisoning That. Last Night It Felt As If That Poison Had Been Washed Clean, or At Least Decisively Forgotten. Warp-Speed Pizazz, That Old Whoo-Whoo Feeling, Gang’s-All-Here Warmth & Humor and More-Than-Your-Money’s-Worth Fun Have Recaptured The Flag.