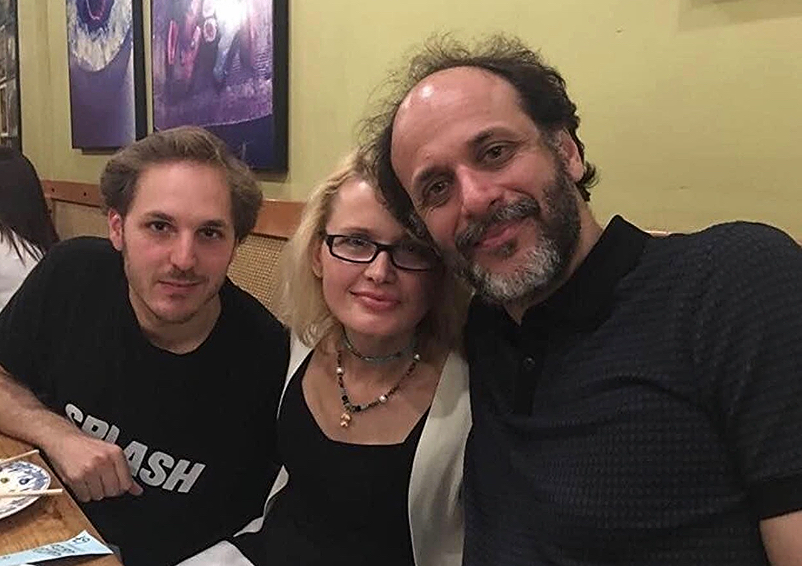 “My dream is to retire. That’s not a one-liner; it’s true. To spend every year of your life with the abstraction of making a film, with a crew of 200 people and their passions and their stupid priorities, the pressure of having to deliver, the pressure of spending other people’s money and having to be nasty because you don’t want to give up your integrity? And then to show your film to the world and to have to talk about it and repeat your answer to the same questions again and again…? I used to see making films as a kind of paradise and I now realize it’s kind of a hell, to be honest.” — Luca Guadagnino in the fall/winter 2017 edition of Fantasticman.

From Peggy Noonan‘s “Democrats Needs To face Down The Woke,” posted in the Wall Street Journal on 11.11.21:

“Democrats can still push away from the woke regime and improve their prospects for survival in the next election, but they must move quickly and be clear. Our bias in this column is that it’s good for America if there are two strong parties duking it out — they may not mean to but they function as a unifying, stabilizing force in this broken-up country — and it would be a great national good if the woke regime were disrupted. Nobody likes it but the extreme cultural left, including the teachers unions. It did famous harm to the Democrats in the latest election.

“The debate over nomenclature — why, critical race theory isn’t even taught in third grade! — is mischievous and meant to obscure. The woke regime rests primarily on a charge that racial evil was systemically and deliberately embedded long ago, by the white patriarchy, in the heart of all American life, and that this ugliness thrives undiminished, which justifies all present attempts at eradication. We are not individual persons with souls; we are part of identity groups marked by specific traits. We hate each other and must fight each other. This regime is variously compared to China’s Cultural Revolution, the French Revolution’s Terror and Puritanism. It is an ideology. A philosophy bubbles up from lived experience and emerges in time; an ideology is forced down into people’s heads from above, and its demands are always urgent.”