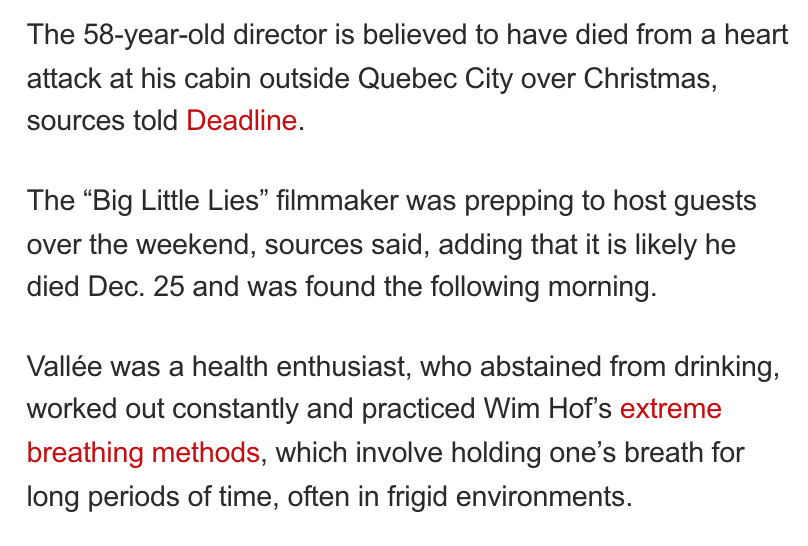 Eight years ago Dallas Buyer’s Club, directed by the 50-year-old Jean-Marc Vallée, was one of the most talked-about Oscar contenders. In early ‘14 costars Matthew McConaughey and Jared Leto won Oscars for their performances, and Vallée was suddenly a hotshot, prestige-level helmer.

Then he directed Wild (‘14), a Reese Witherspoon long-hike survivalist drama. Next came two HBO projects, Big Little Lies, which Vallée directed two episodes of while exec producing, and Sharp Objects, for which Vallée won an Emmy for direction.

Now comes a report that Vallée, 58, has been found dead in a cabin outside Quebec City. Regrets and condolences. Quite a shock.