Mia Farrow has told Slate‘s Kim Masters why she submitted that blistering public letter last March to Steven Spielberg (via a Wall Street Journal article) about how China’s bankrolling of the Darfur genocide might mean that his serving as artistic director for the 2008 Beijing Olympic Games would paint him with a Leni Reifenstahl brush. 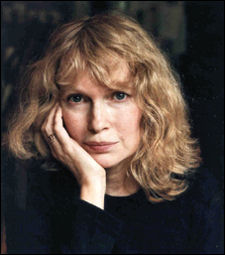 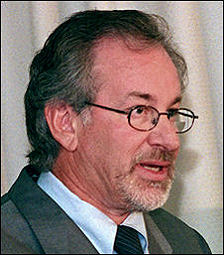 The short answer is that Farrow sent Spielberg two urgently-worded letters that were either (1) blocked by obsequious staffers or (b) were seen by Speilberg and duly ignored until Farrow submitted that now famous WSJ article that finally got his attention.
Masters reports that Farrow “had written Spielberg two letters several months before the op-ed piece appeared. In the first, she asked for advice on what to do with footage she had compiled on a visit to the Darfur region. Included was a photo album with handwritten annotations. ‘I used each photograph to convey the enormity of the situation and the staggering statistics,’ she says. ‘And I thought the faces that I showed him spoke so eloquently.’ That communication also contained information about China’s role in the crisis, she adds.
“Farrow got no response. Then she read that Spielberg was going to be an artistic director of the games. ‘I wrote him a letter of conscience saying I hoped he knew all these things,’ she says. ‘I really suggested he think twice. And then when I didn’t hear back, I had a vision of a box within a box within a box — that he has an office, and then there’s a real office behind that and maybe a really real office after that and maybe three letters a month actually get to him. So to be fair, maybe he didn’t get any of my letters.”
Wells to Farrow: Hey, maybe you’re right. Maybe Spielberg was too busy to give those letters a quick scan. Give him the benefit of the doubt, right? I think your first reaction was dead-on, though. He’s a guy who operates in such a deep and heavily protected membrane that the real world gets in only occasionally, and then only by luck or chance.
“[But] I’m on another time schedule where ten thousand people a month are dying. So you wait two weeks, that’s five thousand people right there. I just could not wait any longer. So the piece was born.”